The Mahmudullah-led Bangladesh defeated India in the series opener last week to register its first-ever T20 win over the hosts. 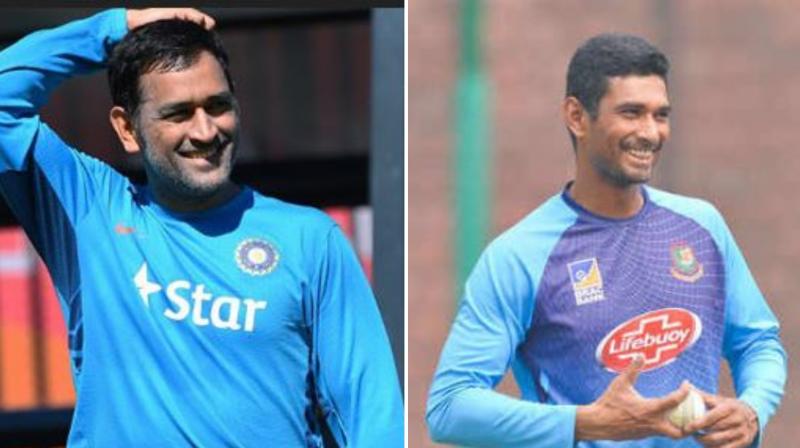 The Mahmudullah-led Bangladesh defeated India in the series opener last week to register its first-ever T20 win over the hosts.

"When you win a match against one of the best teams in the world, it helps in boosting your confidence and Mahmudullah had shown great qualities of a captain including the changes he made during the match," Pathan said during the 'Nerolac Cricket Live' show on Star Sports.

"There was a hint of Mahendra Singh Dhoni in his captaincy as he also used part-time bowlers after the power play which is a strategy often used by Dhoni," he added.

However, Bangladesh couldn't hold on to the winning momentum as Indian cantered to a massive series-levelling eight-wicket win in the second T20 in Rajkot.

Both the teams will now look to seal the series when they take on each other in the final T20 in Nagpur on Sunday.

Bangladesh failed to capitalise on a good start with the bat posting a sub-par target of 154. Senior off-spinner Harbhajan Singh said the onus will be on wicketkeeper Mushfiqur Rahim to lead the side with the bat in the series decider.

"Mushfiqur Rahim is a player with a lot of experience, his ability to play both spin and pace bowling is great and he has the maximum responsibility in the Bangladesh squad in terms of batting which gives him an edge over Mahmudullah, who is also a good player for the Bangladesh team," Harbhajan said.