Sports   Cricket  09 Dec 2017  Ahead of 1st ODI vs Sri Lanka, Kedar Jadhav ruled out of India side
Sports, Cricket

Ahead of 1st ODI vs Sri Lanka, Kedar Jadhav ruled out of India side

Jadhav was selected only for the three-match ODI series against Sri Lanka. 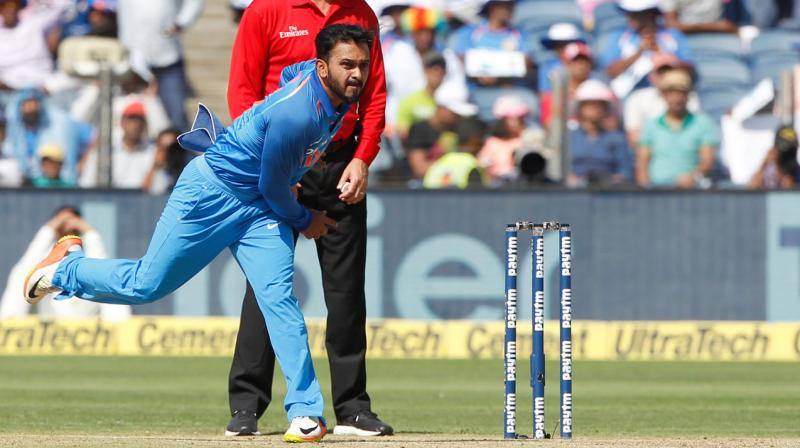 Jadhav has been ruled out of the series due to hamstring injury.

"Mr Jadhav suffered a left hamstring injury during training on Friday, December 9 and will undergo scans. The BCCI Medical Team will continue to monitor him," a BCCI release stated.

Jadhav was selected only for the three-match ODI series against Sri Lanka.

Sundar has had an impressive outing at the Indian Premier League in the limited opportunities he got at Rising Pune Supergiants.