Matthew Renshaw has sought the advice of former great Matthew Hayden, who had good memories on the spin-friendly Indian pitches. 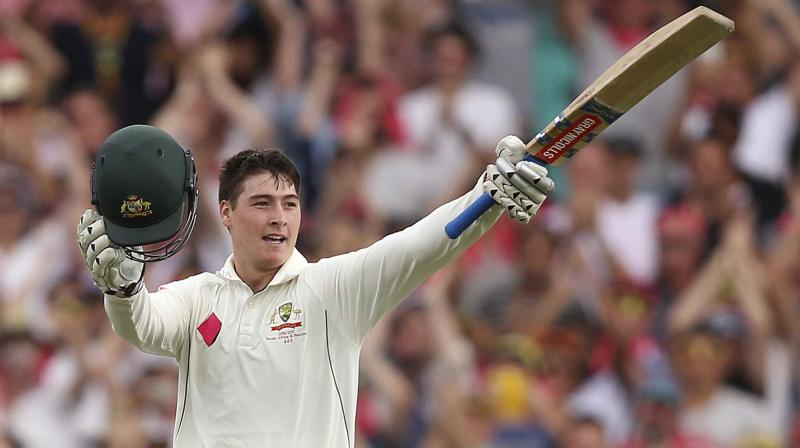 Matthew Renshaw will look to copy Matthew Hayden's record, who averaged more than 50 in Tests in India. (Photo: AP)

Melbourne: Ahead of the much anticipated India tour which begins on February 23 in Pune, Australian opener Matthew Renshaw has sought the advice of former great Matthew Hayden, who had good memories on the spin-friendly Indian pitches.

Hayden, who averaged more than 50 in Tests in India, was hugely successful on the spin-friendly pitches largely due to his ability and willingness to sweep the India spinners, something which Renshaw will look to copy.

Hayden had in fact spent hours mastering his sweep shot before the Test series in 2001, where he plundered 549 runs in three matches.

"I've had a couple of conversations with (Hayden) over the phone and he told me to embrace it over there and get as much experience as I can," cricket.com.au quoted Renshaw as saying from Australia's pre-tour training camp in Dubai.

The 20-year-old admitted that he would try to embrace the challenge as he is going to one of the hardest places to play in the world.

"The sweep will be a big one for me and trying to stay slow and use my reach as a tall bloke," he said.

As a 191cm left-handed opening batsman, Renshaw has drawn comparisons to the former Australian opening legend, and hopes to use those similar physical attributes to his advantage during the tour of India.

"I've got that advantage over some of the other guys," he said.

"I can probably get to the balls which are going to turn a bit better than the short guys without moving my feet too much. So I'll try and use that to my advantage as much as possible," he added.

Last month, Hayden had showered praise on Renshaw's spin-heavy training focus for the tour, wherein he said he was willing to pass on advice before his fellow Queenslander departed for India.

"I don't know his game intimately enough (to tell him to sweep), but you've got to have attacking options (in India)," Hayden had said.

"I think you're a duck waiting to be shot when you're in a situation where you can't attack. The conditions are relentless. They just keep coming at you and come at you a thousand miles an hour and you're seemingly under pressure. So you've got to have that circuit-breaker."

""If his game is to sweep and he's decided that's an option, I would fully endorse that. There's a certain technique which I'm sure he would have got advice for," he added.