Mitchell Starc is the second Australian to be ruled out of the tour after all-rounder Mitchell Marsh. 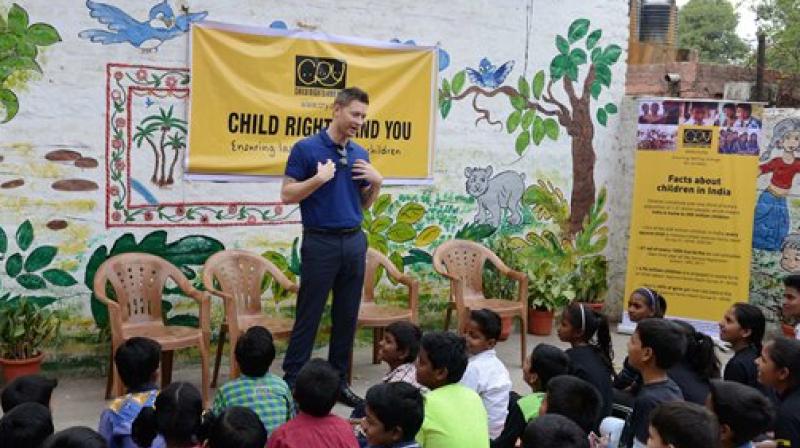 New Delhi: Former Australian skipper Michael Clarke believes pace spearhead Mitchell Starc's absence will make it "even tougher" for the visitors in the remaining Tests of the Border Gavaskar Trophy.

"Mitchell Starc getting ruled out of the series is a huge blow for the Australian team. Starc is the x-factor of the team and he will surely be missed. It makes the game even tougher for Australia. But the Australians will still be confident that they can win in these conditions," said Clarke on Friday.

The left-arm pacer suffered the problem during the second Test in Bengaluru which Australia lost by 75 runs. Starc was sent for scans on Friday which revealed the fracture and now he would be flying home. The pace spearhead is the second Australian to be ruled out of the tour after all-rounder Mitchell Marsh.

"I think Virat is going to do whatever it takes to help India win. They had a great summer where they played some unbelievable cricket and Australia know how tough an opponent they are in their own backyard."

"Virat is the captain of the Indian team and he enjoys likes that challenge and wants to be successful. He knows how this team plays their best and will continue to lead that way," he added.

The 36-year-old also praised Australian spin duo Steve O'Keefe and Nathan Lyon who were instrumental in the visitors winning the Pune Test.

"I am not at all surprised by spinners Steve O'Keefe and Nathan Lyon. They have bowled exceptionally well in these conditions and they deserve a lot of credit for it. They have worked very hard in preparing for these tracks and they also spoke to people how to bowl in India. Both have done a wonderful job in the series so far," he said.

The four-match series is currently leveled at 1-1 with the visitors having won the first Test by 333 runs. However, the Virat Kohli led-side came back strongly and defeated Australia by 75 runs in the second Test played at the M. Chinnaswamy Stadium.