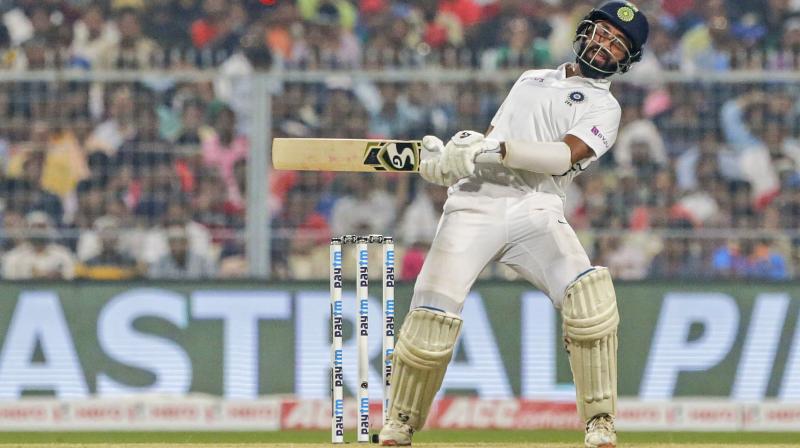 Rajkot: Cheteshwar Pujara and Arpit Vasavada gave a masterclass in defensive batting with a five-hour partnership on day two, taking Saurashtra to a strong position in their Ranji Trophy final against Bengal here on Tuesday.

Their 142-run stand off 380 balls wore down the opposition who had a slight edge after reducing Saurashtra to 206 for five on the opening day.

Speedster Mukesh Kumar removed Pujara and Chirag Jani in the final session but by then the damage had already been done. Bengal took their first wicket of the day in the fifth over after tea with Wriddhiman Saha effecting a sharp stumping off Shahbaz Ahmed to send back Vasavada.

Bengal coach Arun Lal had rated the pitch as "very poor" on Monday with the odd ball keeping low but their pace attack could not make much use of the conditions after Akash Deep struck thrice on day one.