The coach makes it big

At a time where commited coaches are hard to come by, Mobin Shaikh’s hard work and credibility cannot be ignored. 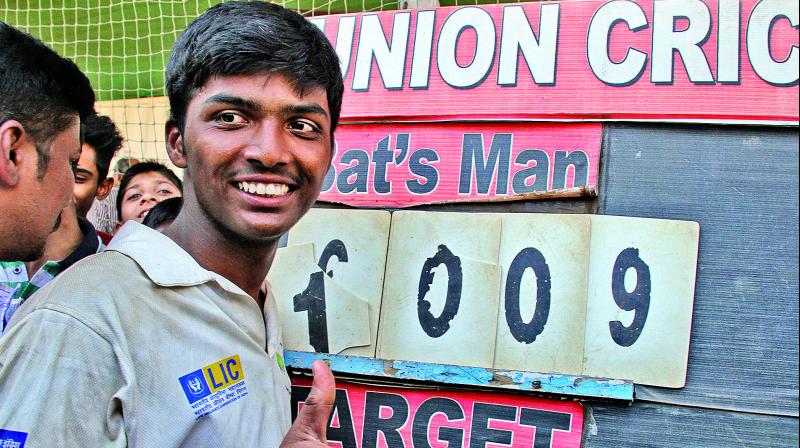 Mumbai cricket has a great legacy with 41 Ranji Trophy crowns in overall 83 tournaments. It has produced great players like Sunil Gavaskar, Sachin Tendulkar Vijay Merchant, Polly Umrigar and Dilip Vengsarkar. The city has given India many international stars like Rohit Sharma and Ajinkya Rahane. All these yesteryear players have come to the fore through legendary coaches who gave everything to the game without any material gains. Vasant Amladi, Mohin Amladi, Anna Vaidya, Vithal ‘Marshal’ Patil, Hemant Hadkar and Gopal Koli are some names that come to mind. Ramakant Acherkar became world famous after the rise of Sachin Tendulkar.

The dearth of such committed coaches has led to the downfall of Mumbai cricket. Coaching has become a lucrative profession, but there are still some selfless coaches like Kalyan-based Mobin Shaikh who do it for passion. 53-year-old Shaikh, a former wicketkeeper-batsman for the Rajasthan Sports Club, has been zestfully doing the job in Kalyan and the nearby areas of Ambernath and Bhiwandi for the past 26 years pro bono. His job in Central Bank of India tends to his livelihood. He got the job in 1985 via Balwinder Singh Sandhu, who was impressed with his cricket skills.

He has been the man behind Pranav Dhanawade’s breathtaking knock of 1009 runs during an inter-school match at Kalyan in January 2016. He also was responsible for bringing up Ranji players like Usman Malvi, Rohan Raje, Tushar Deshpande, Sagar Mishra Manish Rao, etc. His only son Aqib Shaikh has also represented Mumbai as a right-arm medium pacer.

“When we used to come to Mumbai to play, we craved for committed coaches like Almadis, Patil, Hadkar and Koli. I used to attend special classes conducted by them. They were so involved with the players, and their affection was unmatched. I was impressed and wanted to do something similar in Kalyan. I used to attend Dilip Sardesai’s special camp as early as 6 am,  travelling all the way from Kalyan. Later, his son Rajdeep Sardesai was my captain in the Mumbai Under 19 team,” he recalled.

Pranav’s unbelievable knock brought Shaikh into the limelight, and he received felicitations from politicians and different agencies. He also got lucrative offers which he politely denied as he wanted to focus on municipal schools and bring to the fore players who couldn’t afford for the coach.

“I don’t take money for coaching. I used to take travelling allowance from MCA to Bhiwandi, initially, but since past 13-14 years, I am locally bound, so I don’t charge anything. I do it for the love of cricket. I am happy with the respect I have earned over the years. I had many offers after Pranav made 1000 runs, including from Sri Lanka and Dubai-based clubs, but I wasn’t interested,” he said.

He currently coaches at the Modern Cricket Academy in Kalyan and wants to have his own academy, for which the local politicians promised a playground. “I want a cricket academy in Kalyan. I am targeting Municipal schools as they produce more talent, but can’t afford to coach. I had applied for a junior coaching job in MCA last year, this year I didn’t even apply for the job. I want to only coach in Kalyan.” he said.

Mobin’s exciting tryst with coaching started with a stint at the Bhiwandi Centre in 1992. He admits he couldn’t have done it without the support of his employer, Central Bank of India and is also grateful to the MCA for giving him the responsibility to coach youngsters in Kalyan.

Shaikh’s coaching mantra is straightforward and old school. “I believe cricket is a pure and natural game. I don’t believe in laptop coaching,” he said.

Kanga League days
Mobin Shaikh played for Rajasthan SC for nearly two decades and ended up in the Dr HD Kanga Cricket League record books as the wicketkeeper with 200-plus dismissals. He witnessed the batting of Mumbai stalwarts like Sunil Gavaskar and Dilip Vengsarkar from behind the stumps and had to contend with the swing of Balwinder Singh Sandhu on juicy wickets. “I played for Rajasthan SC in the A-division Kanga League and took more than 200 catches officially which is a record, though unofficially I think I took over 300 catches,” he says proudly.

On thousand run maker’s progress
Pranav Dhanawade’s father praised Mobin Shaikh after scoring 1009 runs last year, and the entire fraternity congratulated Shaikh for a silver jubilee award. But Shaikh chose to keep a low profile and didn’t speak much the stupendous feat. But now Shaikh feels Pranav has developed the hunger to excel. “I didn’t speak when Pranav scored a thousand runs. But now he is improving both in wicket-keeping and batting. It will take time, but I can see the urge in him. He is currently playing for Air India, and Dilip Vengsarkar owned Dadar Union club. He also went to England last year,” he said.