'Lost to India after missing out on key moments', says Maxwell

India posted a massive 352 for 5, riding on a professional performance by the top-order led by Shikhar Dhawan (117). 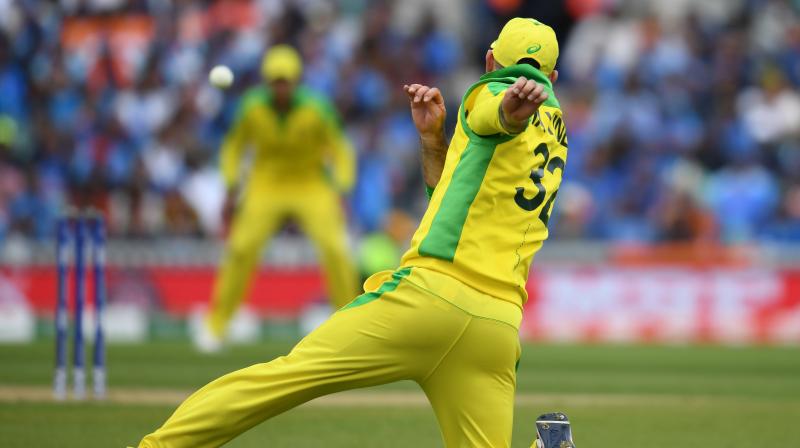 India posted a massive 352 for 5, riding on a professional performance by the top-order led by Shikhar Dhawan (117).

In reply, Australia was dismissed for 316 to suffer a 36-run loss.

Reflecting on the loss, Maxwell said: "Yeah we probably just missed a few key moments during the game. A couple of dropped catches missed run-out from me. I could have run out Shikhar Dhawan with a little back-flick there.

"Just a few little moments like that in a World Cup game can be heightened by the end of the game," he said.

One of the missed opportunities for Australia was when wicketkeeper Alex Carey dropped a regulation catch of Hardik Pandya early on as he went to score a whirlwind 48 of 27 balls.

Australia were in contention of becoming the first team to successfully chase 353 runs in the World Cup. While David Warner (56), Steve Smith (69) and Carey (55 not out) scored half centuries, other batsmen including Maxwell were unable to star with the bat.

Maxwell felt the complexion of the game could have changed had one of the players in the top order scored a ton.

"But they (India) batted extremely well to get themselves to 350. It's always going to be a hard ask, chasing 350 and defying history at the ground," he said.

"We gave a really good crack and probably if we could get someone to make a hundred, I suppose in that top-4. It could potentially be a different game."

However, Maxwell is optimistic that Australia can turn things around if they work on winning vital battles.

"We lost wickets at the wrong time, the run-out at the top to lose your captain. Just a few, little moments like that if you can turn those around I'm sure our fortunes will turn around as well," Maxwell said.