Kohli was dismissed on 1 against New Zealand in the semi-final of ICC World Cup 2019. 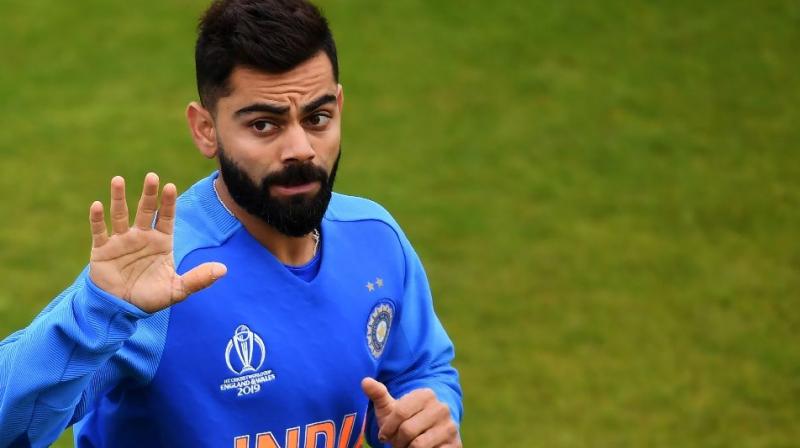 Mumbai: Virat Kohli, who has more than 11,000 ODI runs to his name is already regarded as one of the best batsmen to have played the game. Still aged 30, the Indian skipper already has 41 centuries in his arsenal.

However, the 30-year-old has failed to leave a mark in three World Cup semi-finals that he has played in his career.

Kohli has played three semi-finals of the marquee event in 2011, 2015 and 2019. His three semi-final scores are 9,1,1 against Pakistan, Australia and New Zealand respectively.

Having an impressive ODI average of 59.70, Kohli's poor record in the semi-finals has brought back into focus one flaw in the skipper's phenoemal career.

Kohli was dismissed on 1 against New Zealand in the semi-final of ICC World Cup 2019. Kohli only lasted six balls, before he was trapped lbw by Trent Boult. The India captain reviewed the decision but replays showed the ball was clipping the bails.

In the semi-final against Pakistan in World Cup 2011, Kohli was dismissed by Wahab Riaz on 9 runs.

In the semi-final against Australia in World Cup 2015, Kohli succumbed to the pace of Mitchell Johnson to give a simple catch to wicket-keeper Brad Haddin.

The inefficiency to post big scores in semi-finals of the mega-event will always be a point of criticism in Kohli's glorious career.