They don’t know yet! India has lost

A trip to Lord’s in vain? Fans who were en-route to England to watch the World Cup final are in for a nasty surprise. 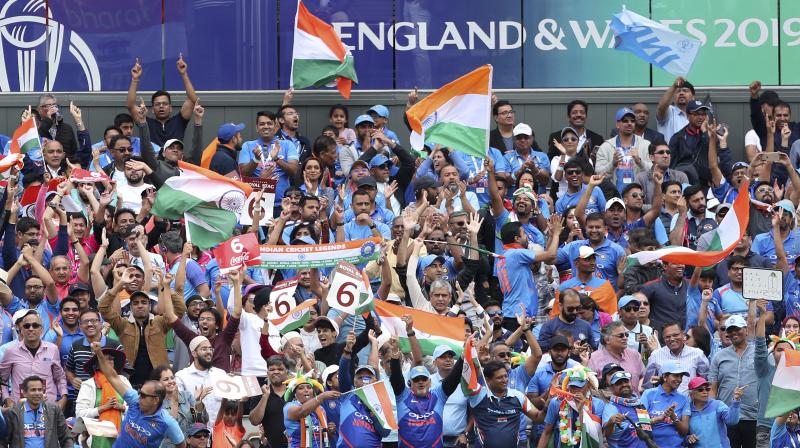 The 18-run loss will surely hurt and even more so to those who don’t know yet. (Photo: AP)

With Team India crashing out of the semi-final, Indian fans have little motivation to attend the final now.

Throughout the tournament, the Indian Team was invincible and registered convincing victories over every opponent except England. They topped the table and were well poised to defeat New Zealand in the first semi-final. But with rain playing spoilt sport, the match extended to the next day and India didn’t get a chance to bat on day one.

Shruti Raghavendran is a 29-year-old marketing professional working in a media house. She had won tickets to the World Cup final in Lord’s. With her father and she being huge cricket fans, this was the chance of a lifetime. With four days left to the final, she boarded the flight to England on Wednesday, when India was yet to bat. Everyone was expecting India to win, and Shruti and her family expected to land in England to the good news of India reaching the finals. “My dad is quite upset that he’s missing the game today and by the time we land, it’ll be well into the day’s play,” Shruti said before boarding the flight.

Team India’s collapse and then eventual innings re-build gave some hope to the fans. But the 18-run loss will surely hurt and even more so to those who don’t know yet. Shruti and her family are in for a terrible shock when they land in England that the home team has sadly crashed out of the World Cup.

If fans were upset about missing the semi-final, it will be a much bigger disappointment to discover that India didn’t even make it through to the finals of this coveted tournament.