At no time in history had they beaten the hosts thus on the island. 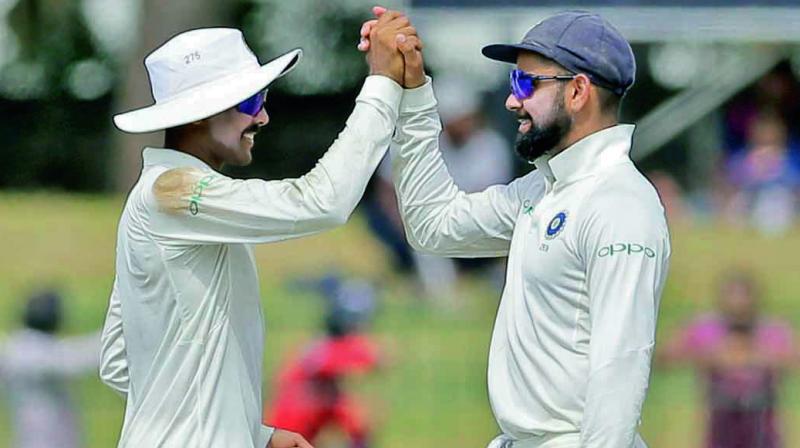 Victory would have been sweeter for Team India as it came easily against Sri Lanka in the second Test. At no time in history had they beaten the hosts thus on the island. The first ever win in Sri Lanka was a hard fought one achieved by Anil Kumble’s spin in the fourth innings in days when you had to take more than 10 wickets in an innings to beat the islanders. That was in 1993. Another significant win came for the young Virat Kohli’s team after they had fallen behind in losing the first Test.

To beat history thus and canter away with a Test series win while topping 600 in both Tests on winning the toss was a creditable performance for a combination which is still a work in progress. As the weaker team in the contest, the Sri Lankans took the only chance they could – they opted for an underprepared pitch in the best Indian and Asian traditions. Unfortunately, they had to bat second against a mountain of runs.

This second Everest of an Indian total was made possible principally by the batsman with the patience of a monk who has become a clever operator in not only the use of his head but his feet too. If his century in the previous test was made by attacking Herath’s spin off the front foot and with active footwork beyond the crease, his century at the SSC in Colombo came by using the width of the crease more and waiting for the ball.  With his latest innings, Cheteshwar Pujara may have graduated in a kind of all-time test.

In the last couple of seasons, Pujara has become a great run accumulator in the tradition of Rahul Dravid and Sachin Tendulkar, his prodigious streak qualifying him for being spoken of in that company. He may have scored more of his pile of runs at home or in conditions close to home. But we all know it takes a different kind of temperament to be an accumulator in the modern era when everyone is a striker who wants the T20 spotlight, the 15 minutes of fame as soon as possible.

There aren’t too many left like Pujara these days. Most could put their head down on a good day and make runs because they come easily to them when in that mode. But when it comes to having to dig in and fight, there aren’t too many willing to undertake the hard yakka that Test cricket is. Pujara is one of those rare specialists willing to go the extra yard to stay and conquer one arena. A bit of tunnel vision is needed for ultimate success in the long format. Crowing success in his 50th Test may have made it even more special for him.

It was bound to be the spinners’ Test as we saw the ball pop on the first day itself. The Indian duo was particularly good, starting off their match domination with a half century before getting to relish the conditions while twirling the ball. What more could two cricketers who always want to be in the thick of action ask for than good all-round performances while propelling their team to a first ever series victory in Sri Lanka by the second Test itself. If they took a bit of stick in the second innings it’s because team India opted to enforce the follow-on, somewhat rare these days as statistics marginally support the decision to bat again.

It was a bit of a silly gesture from Ravindra Jadeja that he should lose the chance to dominate the series by playing in the Kandy Test. In a distracted moment he tossed the ball to the ‘keeper, maybe in thoughtless manner at the end of an over or he indeed showed some of his petulance as he is not a character who can hide his flares of temper. There could, however, be no defence for such an act that went close enough to the batsman to endanger him if he had not been alert and stepped out of the way. This is the price ‘man of the match’ Jaddu had to pay for wearing his emotions on his sleeve.