Are Kohli & Co. the best in Indian history?

The coach has clearly benchmarked the challenge ahead. Does it resonate in Kohli & Co.? 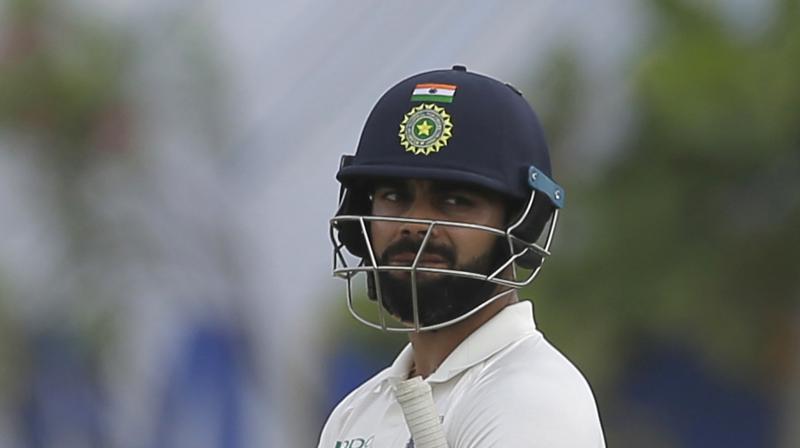 India’s annihilation of Sri Lanka is among the most powerful performances in recent memory by any country. The wins were decisive — and in all three formats — leaving no scope for debate, ifs and buts, about India’s superiority.

This was Virat Kohli’s seventh Test series as full-fledged captain after taking over from M.S. Dhoni midway through the tour of Australia in 2014.

He’s won all these rubbers, two of them whitewashes, making for a quite remarkable run.

In limited overs cricket too, India’s win percentage since the 2013 Champions Trophy has been very high. True, the team were eliminated in the semi-finals of both the 50-over and T20 World Cup and lost in the Champions Trophy final this year, but the consistency in performance has been impressive.

However, Test cricket is still the most relevant barometer to determine excellence — individual and collective, for technique and temperament — and I have been vexed about just where Kohli’s team stand in the annals of Indian cricket history? Is it the best ever?

Such scrutiny can only be speculative, of course, but is nonetheless loaded with fun — and complexities. Sport, like everything else in life, is constantly in a state of flux though this might not be always discernible. It is almost impossible to extrapolate how teams from the past would fare currently. Or vice versa.

After grappling with facts and stats, I narrowed down the comparison to the following teams from the past that had splendid achievements to their credit:
a) Ajit Wadekar merry band of 1970 to 1972 that beat the West Indies and England (both overseas and home).

The talent in all these teams was abundant, the common factor being that all had wicket-taking bowlers — vital in winning matches — though most were skewed in favour of spin. That seems to be a point of departure between these and Kohli’s team who have a potent and balanced attack.

Is this difference — and also the fact that fitness levels have improved dramatically — crucial in the assessment? Still flummoxed, I thought prudent to pass the onus on to someone who’s been part of some mentioned above, and is now also associated with Kohli’s side.

“Is this the best Indian team-ever?” I asked chief coach Ravi Shastri’s when we met after his return from Sri Lanka last week. His take was interesting.

“Almost there, but not entirely there yet,” he said, “Great teams are those that play their best out of their comfort zone. That’s when true mettle shows up.”

There is no enigma in this. India’s overseas record remains mediocre, and unless this is rectified, every allusion to the greatness of the team remains hyperbolic.

“But the opportunity comes up soon,” Shastri added. “India have never won a series in South Africa or Australia. We tour both these countries over the next 12-15 months. There is rich talent and experience. If the team win these series, who would deny them credit for being the best-ever?”

The coach has clearly benchmarked the challenge ahead. Does it resonate in Kohli & Co.?