A lot to celebrate in Team India’s Vizag win

For the top rated Test side in the new world championship format, there are always things to prove. 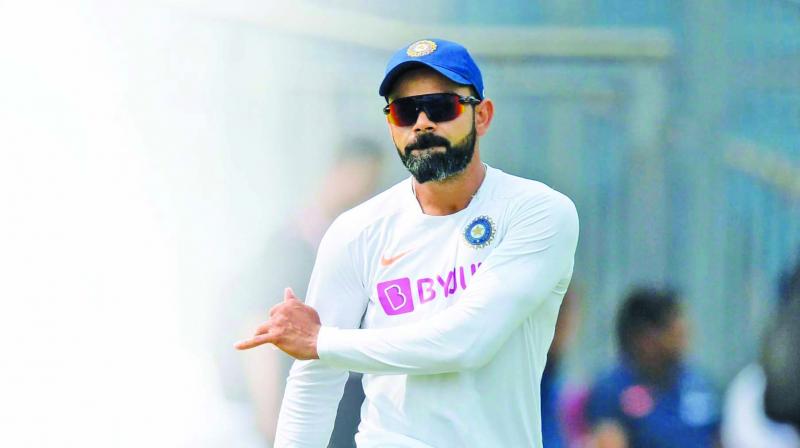 Virat Kohli during a training session in Pune ahead of the second Test against South Africa. (Photo: AFP)

Home wins don’t usually stir the emotions. They have tended to come a little too easily in the time since Team India got back the No. 1 Test ranking a few years ago. But this win in Visakhapatnam over South Africa was special because it contained so many great individual performances as to up the quality of the XI, despite the visiting batsmen being no pushovers, at least not in their first dig.

For the top rated Test side in the new world championship format, there are always things to prove. The one who carried the burden of expectation the most was Rohit Sharma as he was being promoted to the opening Test slot after a great deal of deliberation and some suggestions from beyond the boundary. His rich vein of form in the World Cup was too good to miss out on and a fresh challenge was the way to get the best out of him.

Considering only three Indians had achieved this before him is indication enough that a century in each innings is not that common and two of three among them were all-time greats in Sunil Gavaskar and Rahul Dravid. What Rohit brought to the table was a game of far greater aggression than those two bred in the blue Test greats.  He is the promising batsman who could not deliver in the longest format but then found his metier in the short game and then came back to shine in the Test arena.

It may be late in the day for Rohit Sharma to try and make up for his relative early failures in Tests and aspire for the badge of a great across the formats. He is simply to be celebrated for being the millennial who has proved a point that the aggressors at the crease of today can adapt to the demands of Test matches. They also bring their match-winning ability in terms of strike rates that makes a great difference. This was the crucial component of Rohit’s double, his first an affirmation of form and his second of the aggressive capabilities of the post-moderns.

The contrast was excruciating to watch as Cheteswar Pujara, every inch a Test batsman of the old school, dawdling at a time when quick runs were the ‘ask.’  If Rohit had a traditional Hindi cuss for him, he probably deserved it. Here was an established Test man in Pujara making it appear  as if every innings is a challenge of acquisition of runs and there is no context to batting, save attrition. Pujara might do well to speak to a cricketing version of  a shrink, the ones who call themselves mental conditioning coaches or some such fancy titles.

The third one to dish out an outstanding performance to put his name in the lights again after Rohit Sharma and Mayank Agarwal, who showed accumulation isn the first innings of a Test has a different time frame provided you are acquisitive by nature, was Ravichandran Ashwin, India’s premier spinner.  His success was not only a personal achievement but it also established the principle that a quality specialist spinner is still the best bet in the game. Ashwin had reason to feel they had discriminated against him for a while, playing mind games with him over selection.

In the end it boils down to the fact that you can’t keep a good man down and Ashwin proved that with quality bowling based on discipline of line and length, which is the first requirement in Tests. And he did his best work when the pitch was holding up for a disciplined performer like Dean Elgar to drop anchor and a South African millennial like Quinton de Kock to prove the usefulness of the  brand of multi-format batsmen around the world who are shining in Tests too.

An additional reason why we celebrate this home win more is because a fast bowler facilitated victory with an impeccable performance on a wearing pitch on the final day. It is easy to see why Team India is still top of the Test table — its array of fast bowlers. The team was missing its battering ram Bumrah in Vizag, but did well enough with Mohammed Shami proving what a good wicket-to-wicket bowler he is.

Reverse swing was Shami’s longest suit and he kept striking timber by moving the ball back in a long way and from just short of length in order to keep those batsmen crease-tied and uncertain. This was a fine demonstration of the success of fast bowling despite the slowness of the pitch. Of course, a wearing pitch may have helped reverse swing by letting the ball grow older sooner.

The Team India collective, advancing on great individual performances, gave us something to celebrate and they did not need the cruel designer pitches on which many Protea sides were done in recently. The slow turner was very Indian by nature and bowlers had to be very good to take 20 wickets.