How cool it would be if these first generation cricketers’ daughters pursued interest in cricket and played for Team India’s women team in future! 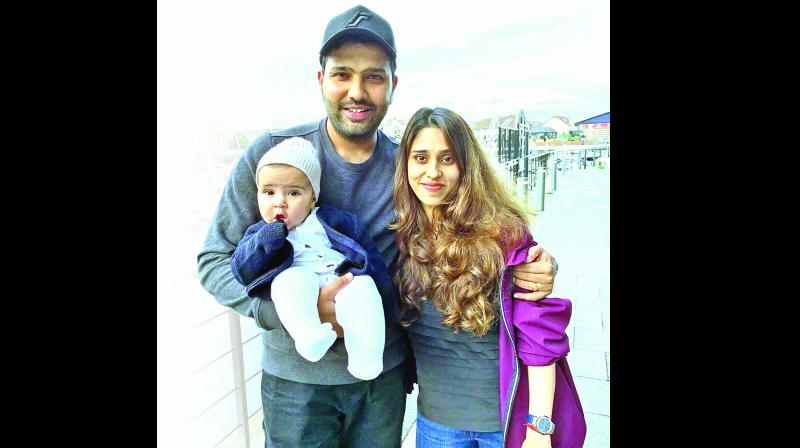 What a coincidence! Most players in the cricket line-up for the ICC World Test Championship have been blessed with baby girls. Imagine if these little girls grow into their daddies’ (cricketing) shoes!

Almost each one of the present-day Indian cricketer has been blessed with a daughter. In fact, seven out of the eleven-member team playing in the first Test (against South Africa) of the ICC World Test Championship at Visakhapatnam, including Rohit Sharma, Cheteshwar Pujara, Wriddhiman Saha, Ravinder Jadeja, Ravichandran Ashwin, Mohammad Shami and Ajinkya Rahane, are fathers to little girls.

Rahane is the last entrant in the list. However, he was unable to be with his wife Radhika at the time of delivery — she gave a birth to a daughter in (Mulund) Mumbai on Saturday — as he was playing the test in Vizag.

How cool it would be if these first generation cricketers’ daughters pursued interest in cricket and played for Team India’s women team in future!

Speaking exclusively to us, Madhukar, Rahane’s dad, chuckled at us wondering of the possibility of these little girls growing up to play for the country. “Yes, these second-generation cricketers can make India’s women team,” he said, adding, “We have not yet named the baby. It will be up to my son and daughter-in-law to choose the name.”

While former India captains, Kapil Dev and Sourav Ganguly’s, daughters Amiya and Sana are eyeing careers in management and dancing, respectively, hopefully, daughters of the present-day cricketers such as Dhoni and Gautam Gambhir, might consider becoming cricketers. Then, there is 10-month-old Samaira born to Rohit Sharma and his wife Ritika Sajdeh; three-year-old Gracia, daughter of Suresh Raina and wife Priyanka Chaudhary; and 3-year-old Hinaya, born to Harbhajan and Geeta Basra, all of whom can team up for the country, too!

No pressure, but all eyes on Team India’s skipper Virat Kohli (married to actress Anushka Sharma), opener Mayank Agarwal (married to long-time girlfriend Aashita Sood) and pacer Ishant Sharma (married to basketball player Pratima Singh), and Hanuma Vihari who are yet to start their family.

Now if each of them has a baby girl too, that’s a possible line up for second-gen Daughters’ XI, won’t you say?