The 33-year-old Morgan reached the milestone mark in the fifth T20I against New Zealand at the Eden Park. 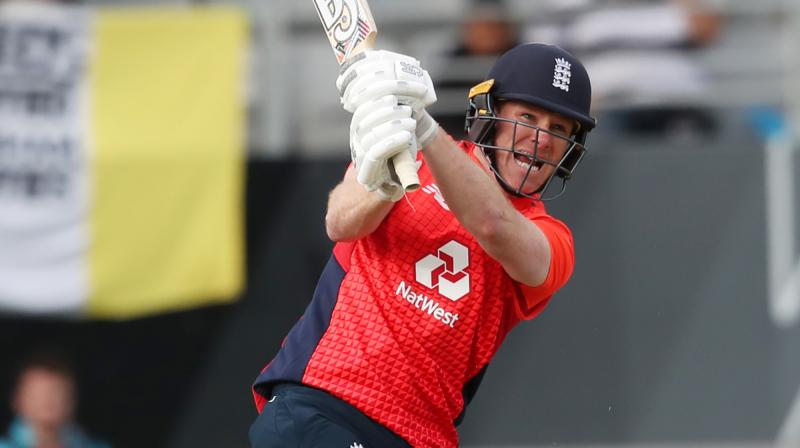 The 33-year-old Morgan reached the milestone mark in the fifth T20I against New Zealand at the Eden Park here. He played a knock of 17 runs in the allotted overs and later added nine runs in the super-over.

He has become the seventh batsman to score 2000 runs in the T20Is after Rohit Sharma, Virat Kohli, Martin Guptill, Shoaib Malik, Brendon McCullum, and David Warner.

England defeated New Zealand in the final match of the five-match T20I series to win the series 3-2.

The match went into a super over as normal action concluded in a tie. This was the second super over between the two sides this year.

Earlier, England and New Zealand played a super over in the final of the ICC Cricket World Cup. The super over also ended up as a tie and England was announced as the winner on the basis of the boundary-countback rule.

The final T20I between England and New Zealand was a curtailed affair as rain played spoilsport. As a result, the game was reduced to 11-over per side.

New Zealand scored 146/5 in 11 overs and England registered the same score in the allotted overs.