Both Nabi and Kohli have won the Player of the Match awards 12 times in the T20Is. 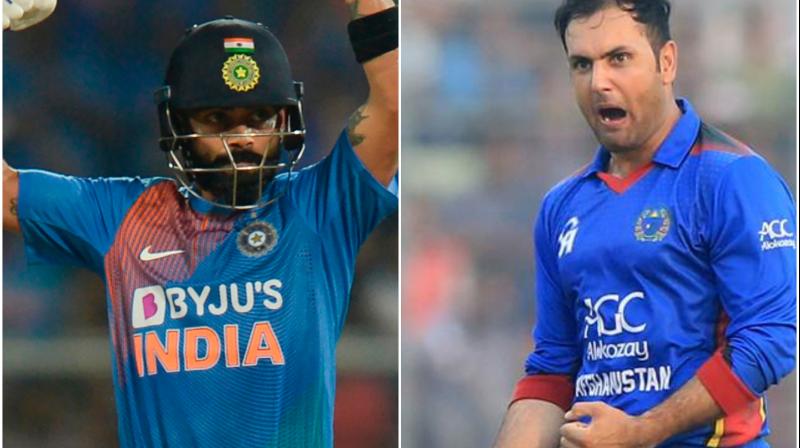 Both Nabi and Kohli have won the Player of the Match awards 12 times in the T20Is.

Speaking exclusively over telephone, the 35-year-old Afghanistan all-rounder says, "it is a great feeling to share record with world's top batsman and I am very proud of it".

Nabi, however, feels that he may lose the race with Kohli soon.

"Look, India has been playing so many matches. World's all teams want to play against India. Whereas, our team has limited opportunities to play against all teams at regular intervals and this will enable Kohli to surpass the record soon", added Nabi.

Kohli could not continue to surpass Nabi in the second match at Thiruvananthapuram on Sunday and Nabi will keep a close eye in India's next match against Windies on Wednesday.

"I don't know when I will get a chance against Kohli to play...may be in the World Cup or the Asia Cup", Nabi, who has retired from Test cricket added further.

"Getting Player of the Match in any format is a good recognition, though in Test matches more players get a chance as the Test marches are played for five days. In limited over games all players may not get the opportunity to compete for the award", Nabi signed off.

Nabi and Kohli both made T20I debut in the year 2010. However, Afghanistan team is a late entrant in the Test arena.