He added that under the new Future Tours Program, whenever Pakistan and Australia play a bilateral series it will include three Tests. 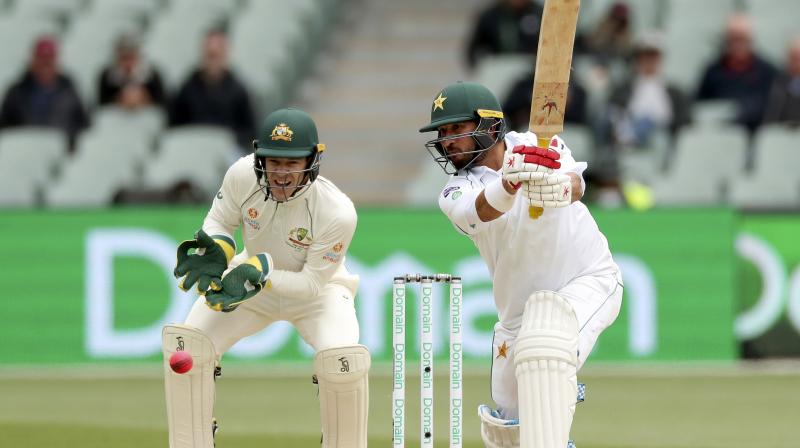 The Pakistan Cricket Board is trying to convince Cricket Australia to send its national team for a Test series in Pakistan in 2022, according to its CEO Wasim Khan. (Photo:AP)

Karachi: The Pakistan Cricket Board is trying to convince Cricket Australia to send its national team for a Test series in Pakistan in 2022, according to its CEO Wasim Khan.

"Cricket Australia has agreed in principle to play three Tests in Pakistan's home series. Obviously, we are doing everything to ensure Australia agrees to play in Pakistan in 2022 and it is an ongoing process," Khan told reporters.

He added that under the new Future Tours Program, whenever Pakistan and Australia play a bilateral series it will include three Tests.

Australia has not toured Pakistan since 1998, forcing the 1992 World Cup champions to conduct their home series' at neutral venues, including Sri Lanka, England, and UAE.

The PCB official lamented that whoever from the board had agreed to the existing Future Tours Program schedule has not given enough importance to Test matches.

"It is unfortunate that we are among those countries who play the least number of Test matches in a season. Whereas other leading nations play 8 to 14 Tests in a year we don't even get six to seven," he said.

Khan also confirmed that the PCB has dispatched the proposed itinerary of the ICC Test Championship Tests to the Bangladesh Cricket Board to be played in January.

"We have sent the itinerary and are awaiting a response. After Sri Lanka's arrival to play the two Tests we don't foresee any problems in the Bangladesh board agreeing to send their team in January," he said.

He stated that the top security arrangements would be provided to the Bangladesh team which has also not toured Pakistan since 2008.

Khan also said that the PCB would now send its A team and under-19 teams every year to either of the following countries, Australia, South Africa, New Zealand, and England so that the upcoming players get a chance to play in those conditions.

He added that the PCB was also in talks with the Afghanistan, Ireland and South African boards to convince them to send their teams to Pakistan next year or in 2021.

Khan also dismissed suggestions that he had gone on a vacation/joy trip to Australia and that he was the most powerful person in the PCB.

"They are issues which can't be discussed or finalized on phone or mails. I will let everyone know why I went to Australia soon. And I am not the most powerful person in the board it is a wrong impression. Misbah-ul-Haq also does not take decisions unilaterally as head coach and chief selector," Khan said.