Farokh reminisces about the old days

The charismatic former Mumbai and India wicket keeper recollects his memories from his days of playing for the country and county. 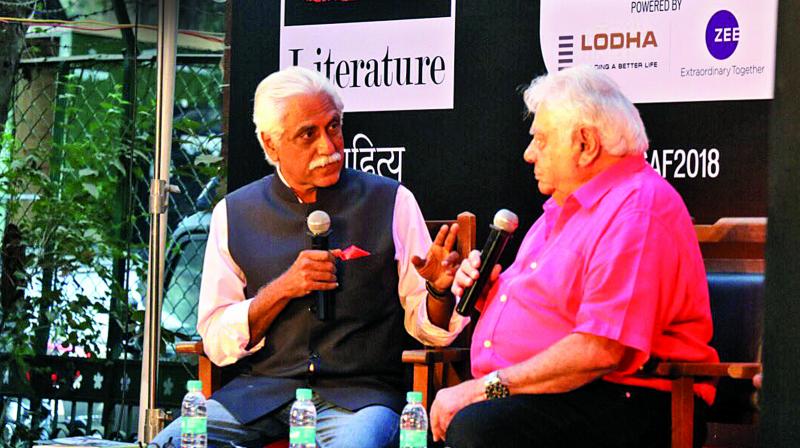 Engineer became the first Indian to endorse the hair cream brand following in the footsteps of Keith Miller and Denis Compton.

He might have settled in Manchester but two minutes into a conversation with the man and you can tell that he is a Mumbaikar. His behaviour and dialect give it away somewhat easily. Farokh Engineer is in town to release his authorised biography, Farokh, the Cricketing Cavalier  by Colin Evans, an English journalist.

Most commonly known for his style and charisma, Engineer was one his own kind in the 1960s and 70s. His nickname ‘Brylcreem Boy’ would justify that. He became the first Indian to endorse the hair cream brand following in the footsteps of Australian legend Keith Miller and Englishman Denis Compton.

He will turn 80 this year but his sense of humour is still like a young adult who is in his twenties. “We were paid 50 rupees for a day back then. We would just stretch the match, for an extra day,” he said winking at Dilip Vengsarkar who sat beside him.

Many enthusiasts of the sport may recall Sunil Gavaskar for playing the West Indian pace attack of Michael Holding and Andy Roberts with just a hat on his head. Engineer was no less. He did not even use a hat or a cap when he came out on the pitch. “The style of play was quite different back then. Maybe today it would not have been possible,” he said.

He enjoyed a fine stint playing for Lancashire in county cricket, which is probably one reason why that the former Indian wicket keeper has continued to live in England.

He talked about his first game in the UK. “In my first match, I got 90-odd runs in an hour’s time and the chairman came to me. He said ‘Farokh, we don’t even score a boundary before lunch’

“I was mad like Salim Durrani. We might not have enough centuries because we enjoyed our cricket,” he added.

Engineer took a walk down memory lane and recalled his initial days as a cricketer. “When I was in the reserves for a series against Australia, I saw great players in the dressing room. Nari Contractor, Vijay Manjrekar, Polly Umrigar…these were household names and for me to be in the same dressing room as them was such a blessing,” he said.

He scored 2611 runs in 87 test innings with an average of 31.08. Engineer was also Indian Cricketer of the Year in 1965. His finest moment as a batsman came against West Indies at Madras in 1966-67. when he plundered 94 before lunch on the first day, against the bristling pace of Hall, Griffith, Sobers and Gibbs.

Evans, a former cricket writer at Manchester Evening News has summed up Farokh’s career from his days at Lancashire in the 1960s and 70s playing county cricket.