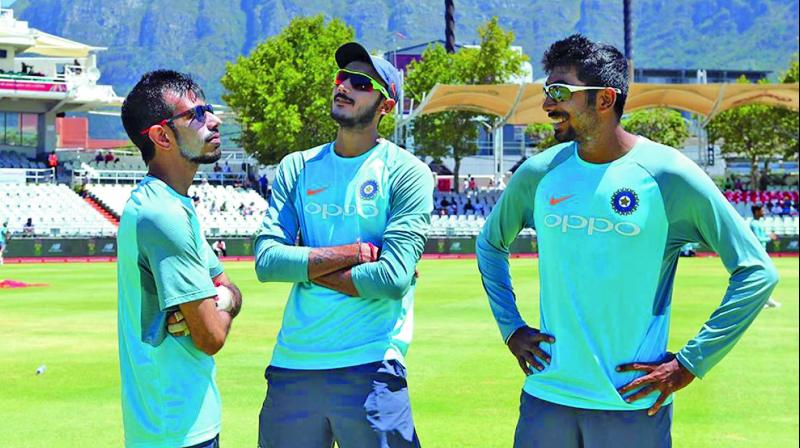 India’s comprehensive victories in the first three ODIs, coming on the heels of the win in the last Test, shows up the foolishness of forsaking practice matches at the start of the tour.

A lone two-day warm-up match was fitted into the itinerary for the Tests against South Africa, certainly not enough preparation for what was always going to be a gruelling series.

The five-day format makes huge demands on players and requires more rigorous preparation. This becomes even more pertinent for visiting players since they have to make the greater adjustments.

True, tours in modern era don’t accommodate many first-class matches before the first and then between other Tests as it used to be in the past.  Players are expected to adapt and acclimatise quickly.

But players are not automatons. Sport has to do with human beings, their skills and frailties. To get into ‘the groove’ in a new environment — technically and mentally — a certain minimum time is imperative.

Critics will cavil that India paid the price for spurning the two-day match before the first Test, opting to use the time for net practice instead. But this must be seen in context.

In such two-day matches, host countries invariably play weak players or novices. This deprives visiting teams of serious competition, making the match a tokenism, which is the way Kohli, Shastri and Co saw it.

Bewilderingly, the BCCI did not quite see it that way. An unseemly pow-wow with the South African board saw the original itinerary scuttled, leaving the team virtually no time for acclimatisation, no first class match before the first Test.

Captain, coach and players have not spoken in unison publicly on this issue for whatever reason, but privately their discontent has been palpable. I hope this finds forceful expression in the tour report to be submitted to the BCCI.

This is not to find excuses for India’s defeat in the Test series. The top order batsmen barring Kohli batting flopped badly in the first couple of matches and the splendid effort of the bowlers was squandered.

Yet, the brilliant win in the last Test makes one wonder what might have been had the players had given enough time to familiarise themselves with pitches and conditions. And as the ODI series shows, the players have gotten better by the day.

Of course, Tests and ODIs are like apples and oranges and can’t be compared, but the growth in confidence of the players has been discernible. They’ve looked like winners at every step.

South Africa, it must be remembered, were the no. 1 ranked ODI side, and even with the unfortunate injuries to stalwarts AB de Villers and later captain Faf du Plessis, beating them three matches in a row was a terrific achievement.

The bowling has been marvellous, as it was in the Tests, even with a change in personnel. The pick(s) of the attack have been wrist spinners Yuzvendra Chahal and Kuldeep Yadav who have had the South African batsmen at sixes and sevens.

There was astonishment and admonishment when the team management preferred these two youngsters over established the R. Ashwin and Ravindra Jadeja for limited overs cricket, but their faith has been vindicated. The pace bowlers have been splendid in support.

Looking ahead at the 2019 World Cup, the concern would still have to be the batting. Kohli apart, it has still looked wobbly in foreign conditions, though Dhawan has discovered his touch and Rahane carried forward his good form from the third Test.

Kohli has been outstanding, making centuries in two of the three matches and sparking off debate whether he is not the greatest ODI batsman of all time: Or may be, with 34 centuries already to his credit, he has quashed all debate!

The worry is whether the team is becoming too dependent on just Kohli for success overseas? In the medium term too, that would too much burden on Kohli, even given the great player that he is.

The onus is squarely on India’s other top, to prove that they are not one dimensional batsmen who score heavily with flourish and flair only in home conditions.