Pat Cummins, if included in the Ranchi game beginning March 16, will play for the first time since his debut against South Africa. 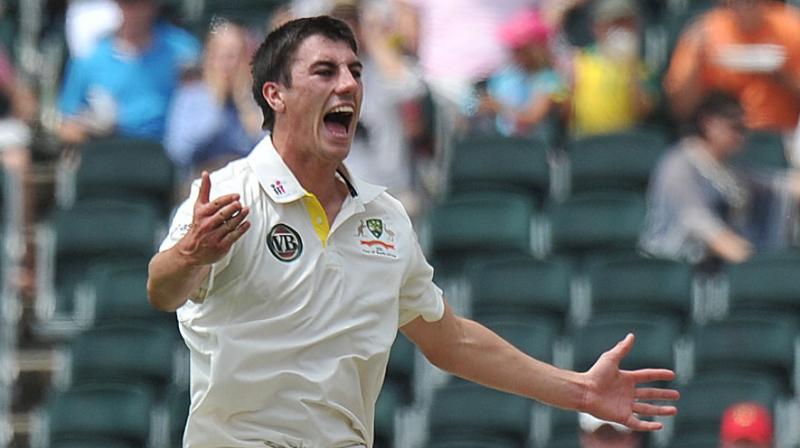 Mitchell Starc was on Friday ruled out of the last two Tests after suffering from a fracture in his right leg, and will be replaced by Pat Cummins. (Photo: AFP)

: Explosive Australian opener David Warner has backed Pat Cummins who has been called to replace injured Mitchell Starc for the remaining Tests of the Border Gavaskar Trophy against , saying the right-arm pacer has the "firepower" to lead the attack.

"We know he's got a lot of pace which he will definitely bring and that's one thing we always talk about," cricket.com.au quoted Warner as saying on Cummins' call-up.

"You always have to have someone who is a spearhead quick and that's always been the Australian approach and we know he's got that firepower."

"It's been a long time (since his last Test) and he's been working his backside off to get his body right for one and it was great to see him come back and play the Shield game the other day and bowl well," he added.

In a major blow to the Steve Smith led-side, Starc was on Friday ruled out of the last two Tests after suffering from a fracture in his right leg. The pace spearhead is the second Australian to be ruled out of the tour after all-rounder Mitchell Marsh.

"In selecting Pat, we were looking for a strike bowling replacement option," Cricket chairman of selectors Trevor Hohns as said.

"Pat has impressed in his return to cricket this summer with consistent performances in his ODI, Twenty20 International and Big Bash matches," he added.

The left-arm pacer had picked up a stress fracture in his right foot during the second Test in Bengaluru, which lost by 75 runs.

Cummins, if included in the game beginning March 16, will play for the first time since his memorable debut against in in 2011. In that match, he took seven wickets.

The four-match series is currently level at 1-1 with the visitors having won the first Test by 333 runs.