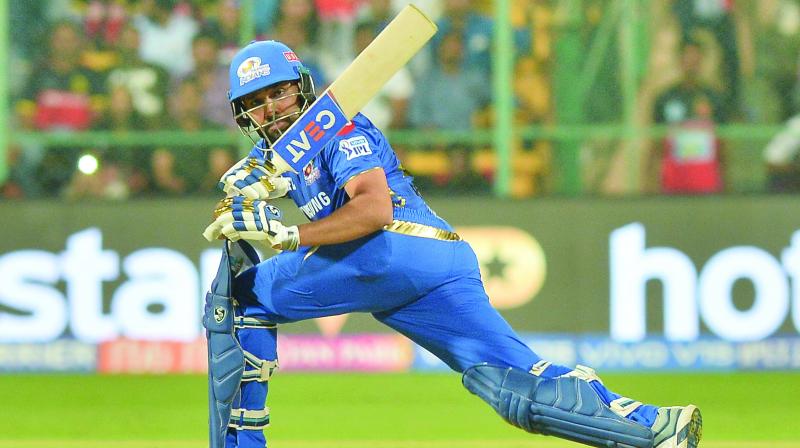 New Delhi: Mumbai Indians Rohit Sharma missed out from equalling Suresh Raina record of most consecutive appearance for a team in Indian Premier League (IPL), after being ruled out due to an injury ahead of their match against Kings XI Punjab on Wednesday.

Sharma has given 133 successive appearances in the IPL for Mumbai Indians from 2011 to 2019 while Raina is just one match ahead of him with 134 consecutive appearances for Chennai Super Kings and currently, holds this unique record.

Another record that was broken during the match was most sixes in an innings in this season of the league, Kieron Pollard now holds this record, surpassing Andre Russell's record of seven sixes, as he smashed 10 sixes during his 83 runs inning which succoured his team to register a win over the visitors.