The Indian captain urged the fans to clap rather than boo the Australian cricketer. Following that, Kohli and Smith shook hands with him. 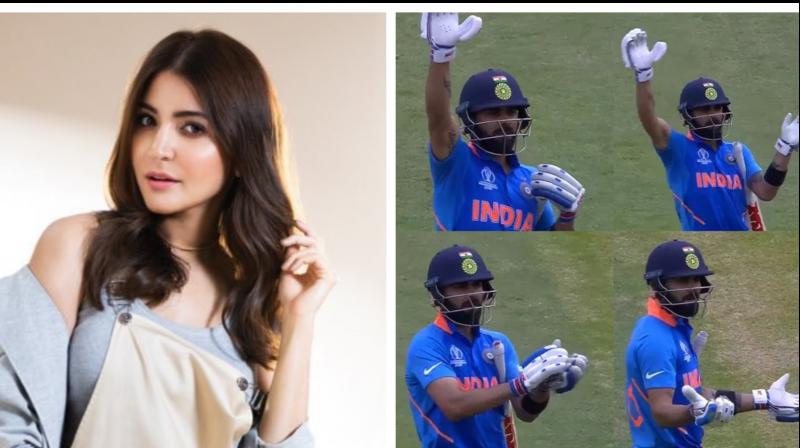 Mumbai: After Virat Kohli gestured the crowd to stop booeing Steve Smith, actor Anushka Sharma was first in line to praise her husband for his kind gesture. The NH10-actor took to her Instagram account and posted a photo which displayed both Kohli and Smith during the India vs Australia World Cup match and captioned the photo – “Aggressive cricketer, benevolent man - so easy to love.”

Kohli turned towards the crowd and apologized on behalf of the Indian fans after the Indian fans called Steve Smith, who was fielding near the boundary line as ‘cheats’. The Indian captain urged the fans to clap rather than boo the Australian cricketer. Following that, Kohli went towards Smith and shook hands with him.

Virat’s gesture melted the hearts of his fans, including his wife Anushka. Following Kohli’s gestures, the Ae Dil Hai Mushkil Actor shared the good news on her Instagram story stating, “Aggressive player, benevolent man - so easy to love” along with of a heart emoji. 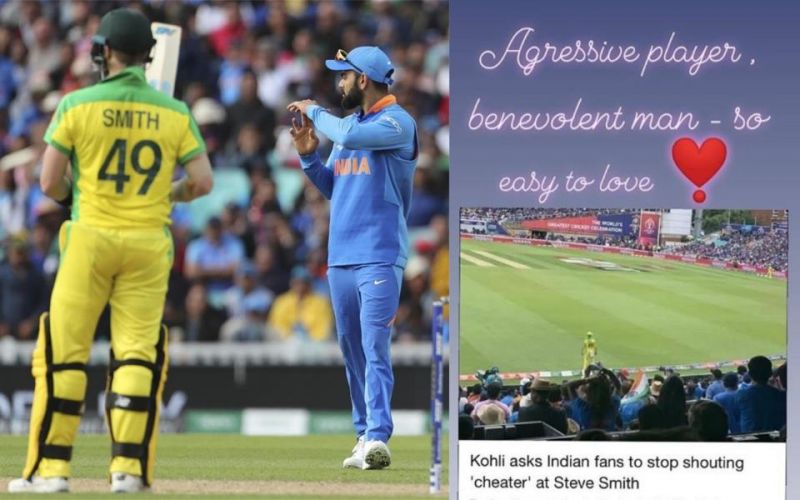 During the post-match conference, Kohli describing his emotions had expressed, “I just felt for him, and I told him, ‘I’m sorry on behalf of the crowd because I have seen that happen in a few earlier games as well’.

In my opinion, that’s not acceptable,” he added, “Just because there are so many Indian fans here, I just didn’t want them to set a bad example, to be honest, because he didn’t do anything to be booed in my opinion. He’s just playing cricket.”