Ponting feels that Finch's run out happened at a really crucial time as the team had just started to get momentum. 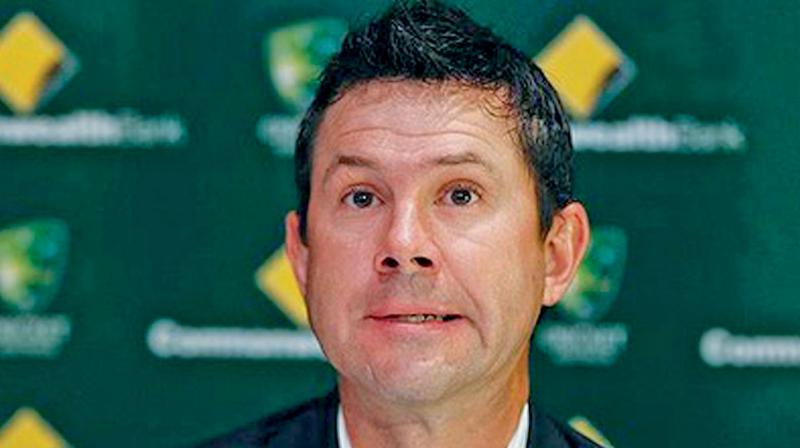 Ponting stated that they also needed a Dhawan-like inning in their top-order and that would have had put them in the game.

Melbourne: After Australia faced their first defeat in the ongoing ICC Men's Cricket World Cup, team's assistant coach Ricky Ponting admitted that it was their batting which was not up to the mark.

"Our batting was just a little bit off again. We seemed to find the field a lot in the first 10 overs," Cricket.com.au quoted Ponting as saying.

Chasing a mammoth target of 353 runs set by India, Australia skipper Aaron Finch, who opened the inning with David Warner, got run out in the 14th over after scoring 36 runs.

Ponting feels that Finch's run out happened at a really crucial time as the team had just started to get momentum.

"The run out happened at a really crucial time (the 14th over). The momentum had just started to turn there, Finchy had started to find the boundary a bit more frequently," he said.

India opening batsman Shikhar Dhawan hammered a ton while the skipper Virat Kohli also added 82 runs on the board to help their side post a big target for Australia. Ponting stated that they also needed a Dhawan-like inning in their top-order and that would have had put them in the game.

"We just needed someone at the top to go on and make a big hundred like Dhawan did and we would have been right in the game," Ponting said.

Despite all this, Ponting still has full faith in both the openers as he said: "Finch and Warner are probably as good as openers in the world. Finchy has turned things around really well in the last five or six months, Davey coming back has made runs. By his own admission today, (Warner) probably wasn't at his absolute best. He hit the field too often early on and wasn't able to rotate as he would have liked."

Steve Smith came out to bat before Usman Khawaja and Ponting backed this decision by saying that they wanted a right-hand, left-hand combination during India's perilous spin attack.

"We wanted to have (favourable) left-hand, right-hand (match-ups) with those spinners and we thought Steven plays spin as well as anybody, so that was the only reason. It happens quite a lot in the modern game where you see that right-hand, left-hand combination, especially if they've got a lot of spin," he said.