ICC CWC'19: AUS vs ENG semi-final; determining the loopholes and core of the team

Since the 2015 World Cup debacle, the England team has adopted an aggressive batting style. 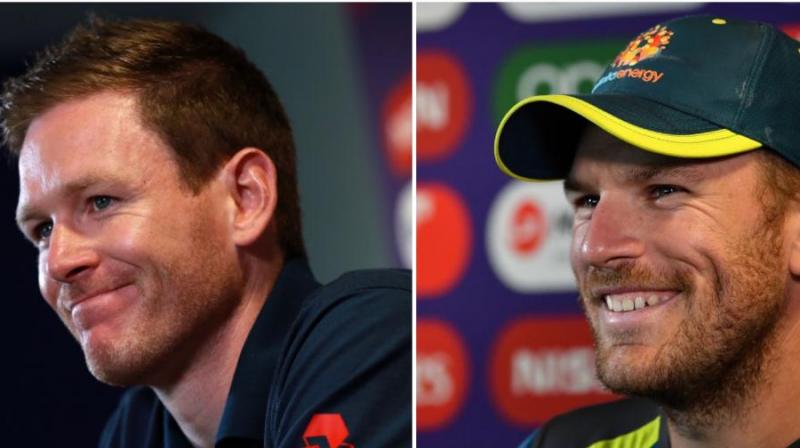 However, during the group stage matches against Pakistan, Australia and Sri Lanka, England failed to chase down easy targets. (Photo: cricketworldcup/twiiter)

Mumbai: After England got ousted by Bangladesh in the 2015, it totally changed the way it batted. Since the 2015 World Cup debacle, the England team has adopted an aggressive batting style. And, after adopting the new style the team has been looked upon as a big threat to other teams.

The team has now termed as “tournament favourites”. The team has got all its bases covered. From batsman, bowlers, all-rounders till wicket-keepers, the team now possess match-winners from top to bottom. These match-winners can turn the game at any time.

The England cricket team now boasts batsman who can take full control of the match in the first 20-overs. However, the pitches in England are suited for their aggressive batsmen who have taken full advantage of it to power the host home. The team’s batsmen are so ferocious that even a first innings score of 350 are not safe against the power hitters.

With Jason Roy, Jonny Bairstow at the top, England will look power past 150 under 20-overs. Jason Roy already has amassed 341 runs, while Bairstow has fetched 462 runs. Both of them have been in phenomenal form as both struck 50s and 100s in their match against India and Sri Lanka.

These are the two who provide flying start during the initial 20-overs. While Joe Root who has amassed 500 runs, partner with skipper Eoin Morgan to anchor the innings. After Root and Morgan, Ben Stokes and Jos Buttler walk in to the middle to accelerate the innings at the end.

The team also possesses deadly bowlers like Chris Woakes, Liam Plunkett, Mark Wood, Jofra Archer and Adil Rashid. Liam Plunkett has been pitch perfect during the middle overs as he plucked eight wickets in all the games that he played. While Mark Wood has been sensational as his pace has deceived the batsmen multiple times. Wood has scalped 16 wickets. However, not to mention amazing Jofra Archer who has scalped 17 wickets has been exceptional in keeping the batsman content with singles.

However, during the group stage matches against Pakistan, Australia and Sri Lanka, England failed to chase down easy targets. During chases, the team looked liked shaken, especially a losing Opener Jason Roy due to a hamstring injury. Even, the bowlers bowled in awkward areas to give extra runs to the rivals.

Meanwhile, Australia started the World Cup campaign brilliantly, the team started with a win against Afghanistan and West Indies, but the run was halted by table toppers India. But, since the team endured that defeat, the team has never looked back as it went on to be the first team to qualify for the semis. However, in the last league match, it lost against South Africa to end as second team in the table.

Australia will rely on aggressive opener David Warner and Captain Aaron finch to power the Aussies to a good start. Australia has already defeated England in the league stage and in the warm up. David Warner will look to continue his scintillating form after having amassed 638 runs, only 10-runs short of top scorer Rohit Sharma (648). While skipper Finch has collected 507 runs in his kitty.

Following Warner and Finch, Australia will look to consolidate on the good start provided by the duo (Warner and Finch). To consolidate, Steve Smith, Alex Carrey is there. For acceleration, Glenn Maxwell and Marcus Stoinis is there to put the Cherie on the pie.

Coming to the bowling department, Australia’s bowling is well sorted, with last edition’s highest wicket-taker Mitchell Starc has already registered his name in the top of the most wicket-takers list, Starc has scalped 26 wickets. While Jason Beherdorff has got a fifer against arch-rivals England (5/44). However, Nathan Lyon and Pat Cummins are there to chip in wickets during the middle overs.

The only weakness Australia has is that it has lost one in-form batsman Usman Khawaja who has scored 316 in the tournament.