'I am flexible batting at any position, can't demand number 4 spot' : Iyer

Iyer, who is part of the team touring the Caribbean islands, could be in competition with the likes of K L Rahul and Rishabh Pant. 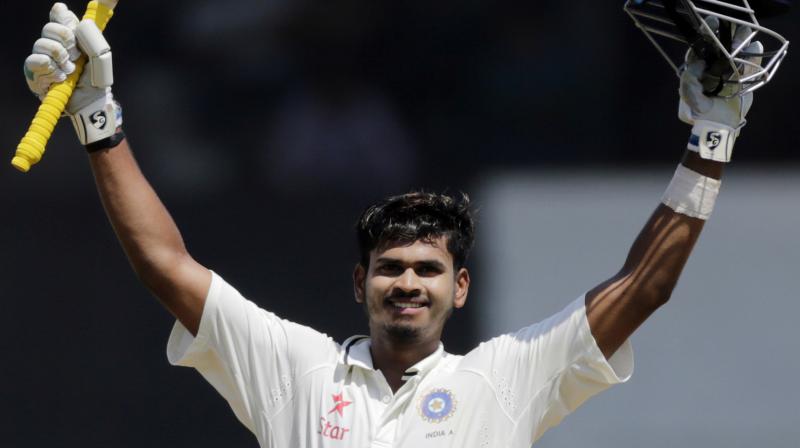 Shreyas Iyer says he is "flexible" batting at any position as the Indian team management continues its search for a reliable number four batsman. (Photo: AP)

Port-of-Spain: Shreyas Iyer says he is "flexible" batting at any position as the Indian team management continues its search for a reliable number four batsman.

Iyer, who is part of the team touring the Caribbean islands, could be in competition with the likes of K L Rahul and Rishabh Pant over the next two ODIs against the West Indies.

"We have got no idea. It's totally the management's decision. I can't go and say that I want to bat at number four and they would put me in that spot. It's not like that," Iyer said when asked about the problematic position.

India could not find an answer to their number four conundrum through the World Cup and the search will continue in the remaining two games of the three-match ODI series.

"It's going to be a vacant spot and they are going to definitely try and give chances to all the players in that position. Currently, no one is convinced with that position," the player said at the pre-match press conference.

"Personally, I am not thinking about batting only at No.4. I want to be someone who is very flexible batting at any number or if you go into any situation you should be able to grab that opportunity and make the best use of it."

Iyer, who has a couple of half-centuries in the five ODI innings he has played so far, is coming into the team after a year and is eager to make the most of the opportunities.

Rain interrupted the team's training session on the eve of the second ODI here on Saturday. But despite the lack of practice, Iyer drew confidence from his India A stint in the Caribbean, where he was the third-highest run-getter in the one-dayers with 187 runs in four innings.

"It's going to be another two opportunities for me to make the best use of it. Hopefully, this also doesn't rain off. We are hardly getting any net practice. I am eager to go out there and carry forward the momentum which I got from my India A matches. Looking forward to a good series finish."

The first ODI in Guyana was washed out after only 13 overs.

Asked about switching to ODIs from T20Is, Iyer said India have the momentum going into this series coming off a 3-0 sweep in the shortest format.

"The momentum is always on our side. The way the team is playing currently, it's totally amazing," he said.

"If one doesn't perform, the next one raises his hand and he takes the responsibility to take the team through and this is what has been happening throughout the year."