'I think execution is key part': Holder ahead of second ODI against India

India thrashed West Indies in the three-match T20I series as the latter was white-washed by the Men in Blue. 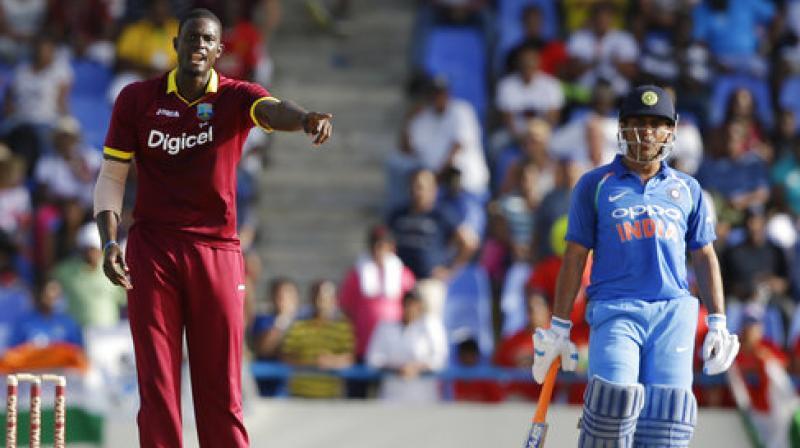 Jason Holder expressed his confidence in their bowling attack and stated that they did a good job with the ball in the World Cup. (Photo: AP)

Port of Spain: Ahead of the second ODI against India, West Indies skipper Jason Holder said executing plans in a proper manner is the key to winning games in cricket.

"We got plans for everybody, we just got to execute. I think execution is the key part of winning cricket games. We got to be consistent in all three departments," Holder told reporters on Saturday.

"300 games are a lot of games and some of us sitting down imagine to play that many games for West Indies. Congratulations to Chris and we just hope that Chris can get us off to a good start tomorrow," Holder said.

India thrashed West Indies in the three-match T20I series as the latter was white-washed by the Men in Blue.

The first ODI was abandoned due to rain.

Holder expressed his confidence in their bowling attack and stated that they did a good job with the ball in the World Cup.

"In the contest of world cricket, you just got to be disciplined. We should try to get as deep as possible into their batting line up. Our bowlers are good enough and we have been doing a good job with that. Especially in the World Cup, I think our bowlers did very well in the World Cup," he said.

West Indies will face India for the second ODI on Sunday.