The Prithvi Shaw case is the clincher for ministry

Sentiment had been building up in the ministry against the BCCI’s refusal to be compliant like every other sports federation. 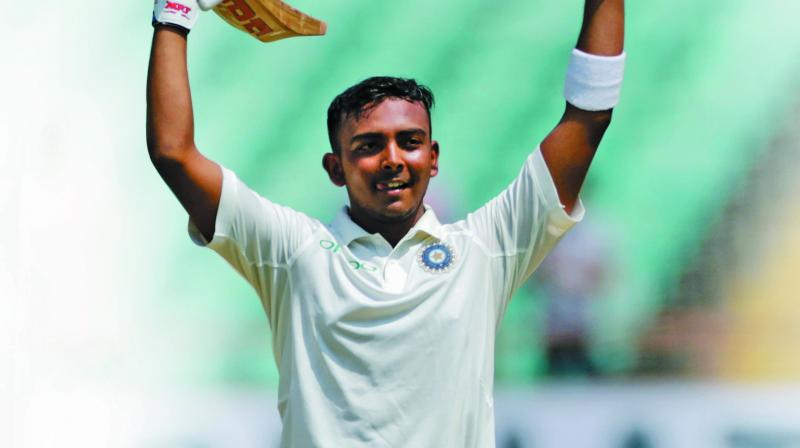 Inept handling of the Prithvi Shaw case left the BCCI with no leg to stand on in its opposition to the sports ministry’s long standing demand that doping matters in all sports be handled by the National Anti Doping Agency (Nada).

Sentiment had been building up in the ministry against the BCCI’s refusal to be compliant like every other sports federation. In June this year, the issue was even raised in Parliament by the newly appointed sports minister Kiren Rijiju.

The BCCI, perhaps believing that this was just one more in a long list of admonishments from various sports ministers, failed to see the threat lurking in the shadows: one mistake would invite a fell blow.

When young opener Shaw tested positive, the matter was kept under wraps for four months. While he copped an eight-month ban from the BCCI, this was done with retrospective effect, which meant the ban was effectively for four months, considerably diluting its impact.

This sent ripples of discontent, less in cricket circles, more in other sports. Office bearers and other influential of other disciplines, one learns, sent informal missives of dismay to the ministry, highlighting the inequality and unfairness of the situation.

Though dope testing in Indian cricket was assigned to International Doping Tests and Management, a Sweden-based company with formidable credentials accepted by Wada, it was still directly under the jurisdiction of the BCCI.

The BCCI, therefore, was technically the dope-testing agency as well the adjudicator in deciding the quantum of punishment, as several cases, including the recent one involving Shaw and others, played out.

Though this was not part of formal parleys that led to the BCCI finally relenting, it was certainly the precipitating factor. Had this case not erupted so soon after the sports minister’s statement in Parliament, it may have been smokescreened as it had so often in the past and, after some hairpin bends, it would have been smooth driving again.

The strong-arm tactic used by the sports ministry was refusal to clear visas for the South Africa teams, men and women, scheduled to visit India later this month. Come into the Nada fold or forget about the visas, BCCI was told.

For more than a decade, the Indian cricket administration had fought tooth and nail, defying the sports ministry, making small adjustments to deflect the heat, claiming that while it was intent in ensuring a drugs-free environment, it also wanted to protect its independence from government control.

This gives it a rather unique status in Indian sport. But it wouldn’t have counted for much had cricket not been followed as obsessively as it is in the country, and the BCCI had not become phenomenally rich in the past three-decades odd to the point that India is now the epicentre of the sport.

This gave the BCCI even more power, in cricket, Indian life and the politics of both. For instance, about a decade back it could even dare to defy Wada and the international sports community on random testing saying the ‘whereabouts clause’, citing security threat to star players Sachin Tendulkar and MS Dhoni.

Since cricket was not an Olympics sport, the BCCI could even get away with this affront.

But with the clamour for coming down heavily on doping in every sport growing exponentially every year, things were getting hotter and more difficult for the BCCI to remain aloof in this matter. The Shaw case became the clincher for the sports ministry. However, there is a great deal of work ahead for Nada too. The labs, equipment and expertise available has not been of the highest quality. This was always the BCCI’s concern and something the sports ministry should look into urgently and diligently, else it will be left gloating on a pyrrhic victory.