'We have got a fantastic team': Jos Buttler

England had dealt a huge blow in the first innings as James Anderson walked out of the field after suffering a strain in his calf muscle. 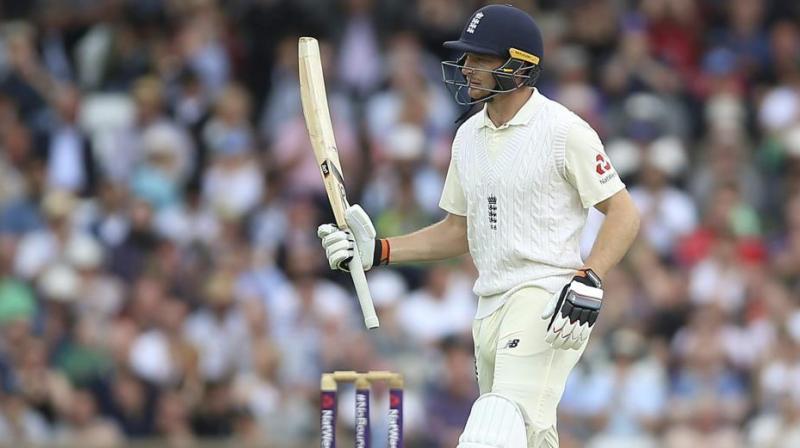 London: After suffering a 251-run loss in the first Test match of the ongoing Ashes, England batsman Jos Buttler said that there are still four matches left and nothing really changes in the setup as the team is "fantastic".

"We're one-nil down, but there are four matches to go in the series. Test cricket is hard - you're playing against the best players in the world," ESPN Cricinfo quoted Buttler as saying.

"If you're not good enough for long enough, then you're not going to win the game. But we've got a fantastic team ... nothing really changes. We've lost that game, but we come here with a lot of excitement and belief that we're a good enough side to win this Test and make it one-all," he added.

England were able to keep themselves in the match in the first innings as they bundled out Australia for 284 and managed to score 374 in their innings, gaining a lead of 90.

However, the match slipped away in the second innings as Aussies managed to score 497/7, setting England 398 for the win.

In the final innings, Australia's Nathan Lyon starred with the ball as he scalped six wickets to bundle out England for just 146.

England had dealt a huge blow in the first innings as James Anderson walked out of the field after suffering a strain in his calf muscle.

"My view is we didn't play well enough for long enough, really. The first couple of days especially, we played a lot of really good cricket, and got in a really good position. Any time you lose James Anderson is a huge moment in the game, isn't it," Buttler said.

"We know how Test cricket generally happens in England: there can be periods of the game that tend to meander along and then periods that happen very fast. If you look back to the India series last summer, the big moments in those games we managed to get out on the right side and play well - that will be the same throughout this series," he added.

Before the beginning of Ashes, England's management had decided to give vice-captaincy duties to Ben Stokes. Buttler was named as the vice-captain of Test team against India last year. Buttler played down the change of vice-captaincy saying "I enjoyed it. They said to me in time they'd like Ben to do the role again when he can, so I was very aware that was the situation, and the natural thing to happen".

"It doesn't really change a lot for me: I'm always willing to offer advice and I'm there if Joe wants to talk to me as are a lot of other players in the team as well who aren't vice-captain. It doesn't change a lot," he added.

England and Australia lock horns in the second Test of the ongoing Ashes from August 14 at Lord's Cricket Ground.