IPL stars begin their gym training, but could they be focusing on the wrong training? Experts opine... 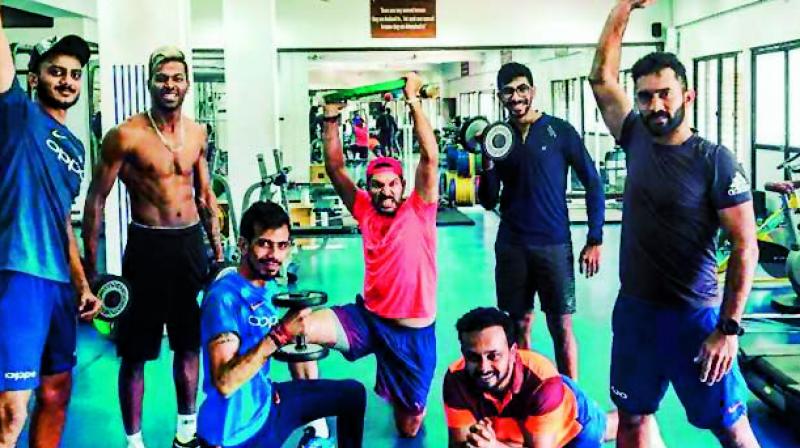 Players training in the gym

Now that the IPL is indeed set to happen between September 19 and November 10, in UAE (and played in Dubai, Sharjah and Abu Dhabi, subject to necessary clearances from the Indian government), cricketers have begun training for the games.

However, thanks to the Covid-19 situation, they are only doing their gym and fitness training routines for now. Among the many who have started the routine is former captain M.S. Dhoni, who once again leads CSK IPL team this year. He has begun his practice in Ranchi.

Sanjay Sahay, the secretary of the Jharkhand State Cricket Association (JSCA) International Cricket Stadium, confirmed the news. “Yes, Dhoni did come to the stadium recently but because of the COVID-19 situation, we could not provide him with net bowlers, but he relied on one of our two bowling machines and was assisted by our staff,” said Sahay.

Gym or play: what counts better?

But is cricket about the game or is it about Yo-Yo tests, push ups, vertical jump tests, etc?

Deckline Leitao, strength and conditioning specialist, says, “Matches are won by playing on the ground, not in the gym. In fact, we often see players who would be very fit in the gym but freeze on the pitch,” says Deckline Leitao.

“And then you will also notice players who are not fit in the gym but rise to the occasion. This is because cricket is a highly skilled game, in which top players master the ball and bat after years of practice. So, too, I believe that just because a cricketer has a wide waist, it doesn’t mean he cannot play good cricket. If only fitness training was so important, then every fit guy in the gym would have been a champion cricketer.”

According to Deckline, fitness has to be sport-specific and relevant. “A cricketer training like a hard-core gym addict can sometimes be counterproductive owing to the risk of sustaining unnecessary injuries from the intense training,” points out Deckline.

Then sharing how cricketers such as Sachin Tendulkar, Virender Sehwag, Inzamam Ul Haq, etc. played classy cricket and were, therefore, ‘cricket-fit’ and maybe not gym-fit, he cautions avid cricket lovers and players that cricketers shouldn’t get carried away or addicted to the fitness bug.

“It is sad that sometimes top-performing cricketers have been left out of teams because they couldn’t pass an irrelevant fitness test even though they have played good cricket,” says Deckline.

That being said, Deckline also believes the reason behind the fitness craze in cricket is because of social media, where people post their workouts and sometimes sportspersons try to post fancy exercises.

“Choose effectively for yourself and not to impress anyone. Playing good cricket should be the ultimate aim and fitness should be used like a tonic to improve your game,” says Deckline.