Warner has been going through a lean patch as he has only scored 79 runs from four Test matches. 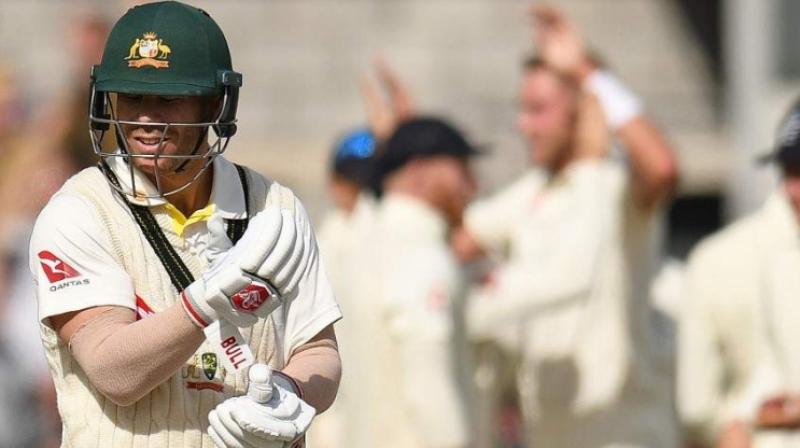 Warner has been going through a lean patch as he has only scored 79 runs from four Test matches. Out of his eight dismissals, six have come against England pacer Stuart Broad.

"Davey has not had a great series, there are no secrets about that. But he is also a world-class player and I have said throughout the whole series, if Davey has one good innings it will help us win the Ashes," cricket.com.au quoted Langer as saying.

"He hasn't got the runs he wants at the moment but jeez I am looking forward to seeing it when he does, and there's no better place in the world to bat than The Oval," he added.

Warner is playing his first Test series after facing one year ban for his involvement in the ball-tampering scandal against South Africa last year. He made a return to international cricket during the World Cup, and he was in good form as he amassed 647 runs in the tournament.

However, his white-ball form did not pass on to the longest format of the game as he has gone past the 50-run mark just once. In the fourth Test, Warner bagged his first pair (getting out for zero in both innings of Test) in international cricket.

"He probably has not been through this lean run before, so it is going to be a good test of his character. But he is a match-winner and he is been brilliant around the group since he's been back (from suspension)," Langer said.

Warner faced one-year ban along with Steve Smith and Cameron Bancroft. Smith has been in remarkable form in the ongoing series as he has scored 671 runs so far.

En route, he became the second-fastest batsman to register 26 Test centuries and overtook Virat Kohli to become the number one batter in the ICC Test batsmen rankings.

Australia registered a 185-run win over England in the fourth Test to retain the Ashes.

Currently, Aussies have a 2-1 lead in the Ashes and team will next take on England in the final Test of the series, beginning tomorrow.