IND vs SA 2nd Test: Virat Kohli and Co in driver's seat at end of day 2 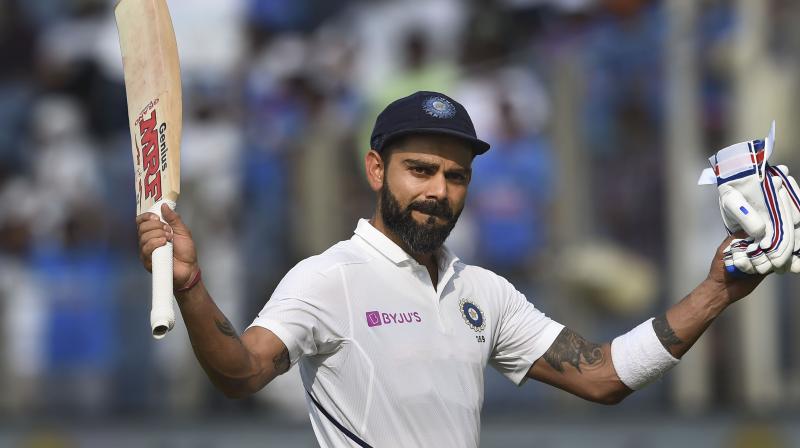 Dean Elgar and Aiden Markram opened the innings for South Africa but they suffered a shattering start and lost their first wicket at a mere score of 2 runs in the second over. (Photo: PTI)

Dean Elgar and Aiden Markram opened the innings for South Africa but they suffered a shattering start and lost their first wicket at a mere score of 2 runs in the second over.

Elgar was bowled out by pacer Umesh Yadav after scoring six runs. Theunis de Bruyn joined Markram in the middle and built 11 runs partnership before the latter was dismissed by Yadav.

For the third wicket, Bruyn and Temba Bavuma added 20 runs before Bavuma was sent back to the pavilion by Mohammed Shami. At the end of stumps, visitors were at 36/3. Bruyn and Anrich Nortje remained unbeaten on 20 and 2 respectively. The Proteas are 565 runs behind India.

For India, Yadav bagged two wickets while Shami grabbed one.

Earlier, India declared their innings at the score of 601/5 after resuming innings from 273/3 on day two. Kohli and Ajinkya Rahane continued their partnership and built a massive stand of 178 runs for the fourth wicket.

Rahane played a knock of 59 runs before he was sent back to the pavilion by spinner Keshav Maharaj as he was caught behind the stumps by Quinton de Kock.

All-rounder Jadeja joined Kohli in the middle and stitched a giant partnership of 225-run for the fifth wicket. India declared their innings after Jadeja's dismissal by Senuran Muthusamy at the score of 91.

Kohli remained unbeaten at 254, his highest individual score in Test career. He broke his earlier record of 243 runs, which he registered against Sri Lanka in Delhi in December 2017.

For South Africa, Kagiso Rabada scalped three wickets while Maharaj and Muthusamy picked one wicket each.