More of the same at Centurion: Aiden Markram

It will be a homecoming for the 23-year-old Markram who is slated to play only his fifth Test. 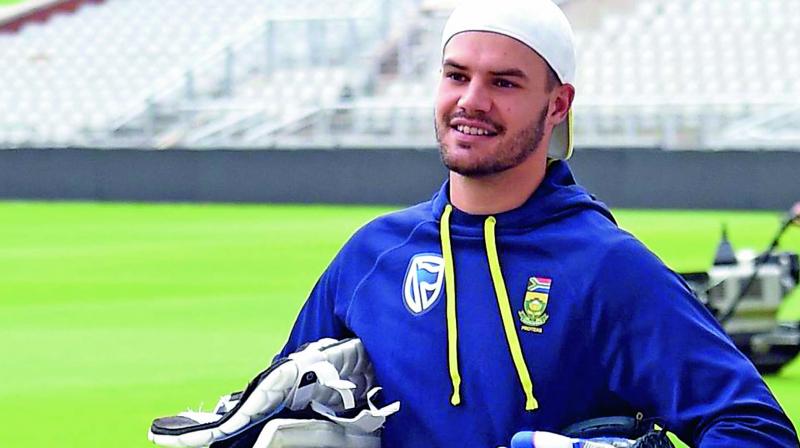 Centurion: South Africa opener Aiden Markram is of the opinion that the pitch at Supersport Park, although aiding more pace and bounce, will still be good for batsmen. The second Test begins here on Saturday with the hosts leading 1-0 in the three-match series.

“Generally, it’s a good batting wicket here although I am not sure how they have prepared it this time. But there have been a lot of high scores here. I would like to think it will be a good wicket. I am pretty sure it will be similar to last week (Cape Town), maybe not as extreme,” Markram said on Thursday.

“It is incredibly exciting to play here because it is a place where I grew up watching and playing cricket. It’s a wicket where if you set yourself up as a batsman there are runs to be had.

“But as a bowler, with the pace and bounce, you always have a shout as well. It’s going to be an exciting match,” he added.

It will be a homecoming for the 23-year-old Markram who is slated to play only his fifth Test. He has made the leap from a junior prospect to Under-19 World Cup winning captain and now to a dependable Test opener so far.

“It’s been a bit of a rollercoaster the last couple of years but an enjoyable one. I learnt a lot about my game and myself, which is important. I am fortunate to rub shoulders with legends of the game at a young age, which does help. Most importantly I have kept learning, which is great,” he said.

Markram admitted that playing India was completely different from being pitted against minnows like Bangladesh and Zimbabwe.