Surya Kumar Yadav remained unbeaten on 12 with Tare, as Mumbai overhauled the target in the tenth over to improve their net run rate. 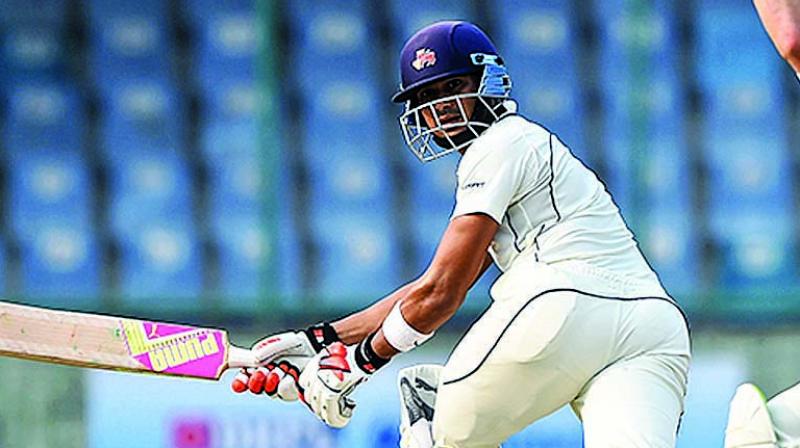 Mumbai thrashed Maharashtra by seven wickets to keep qualification hopes alive for the all-India knockouts of the Syed Mushtaq Ali Trophy to be held in Kolkata. Mumbai ended the four-match West Zone T20 League with two wins and two losses, to be on second spot for now with eight points.

The Aditya Tare led side needed a big win to stay afloat after their second loss of the tournament to Saurashtra on Wednesday. The bowlers delivered by dismissing arch rivals Maharashtra for 89 runs in Rajkot, on Thursday morning. Medium pacer Akash Parkar picked up three wickets. He was supported well by Shivam Dube and Parikshit Valsangkar who picked two wickets apiece. Experienced pacers Shardul Thakur and Dhawal Kulkarni chipped in with a wicket each.

Tare led the chase with an unbeaten 42 in 26 balls to romp the side home. Siddhesh Lad pitched in with a valuable 25 off 15 balls to put Mumbai on track after being reduced to 17 for 2.

Surya Kumar Yadav remained unbeaten on 12 with Tare, as Mumbai overhauled the target in the tenth over to improve their net run rate.

Mumbai, who lost the first game to Baroda, came back against Gujarat with a win, but faltered against Saurashtra on Wednesday. Mumbai were bowled out for 130, with Tare’s 39 and Lad’s 38 putting up some fight. Robin Uthappa’s fifty ensured Saurashtra were home with eight wickets in hand.