Ravichandran Ashwin added yet another feather on his cap as he became the quickest bowler to claim 250 wickets in Test cricket. 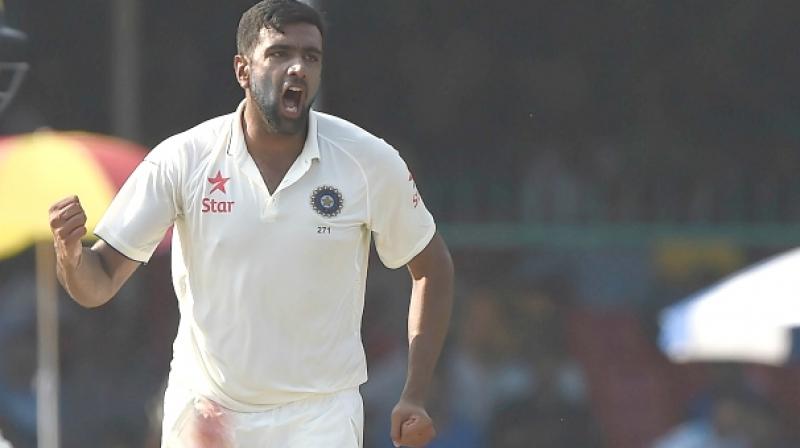 Hyderabad: Ace Indian off-spinner Ravichandran Ashwin, on Sunday, added yet another feather on his cap as he became the quickest bowler to claim 250 wickets in Test cricket.

The 30-year-old created history during the fourth day of the ongoing one-off Test match against Bangladesh when he dismissed skipper Mushfiqur Rahim (127) by a flat delivery at the Rajiv Gandhi International Stadium.

By reaching the 250-wicket mark in 45 matches, Ashwin has also surpassed Australian bowling legend Dennis Lillee's record, who achieved the feat in 48 matches.

With the feat, he joins Anil Kumble, Kapil Dev, Harbhajan Singh, Zaheer Khan and Bishan Bedi as six Indians to reach the landmark.

Earlier, Ashwin headed into the Hyderabad Test two wickets short of the mark. He first scalped the wicket of Shakib Al Hasan (82) on Day three before making Rahim his 250th victim.

Ashwin, the No. 1 ranked bowler and all-rounder in Test cricket, had a record-breaking last year for India as he notched up 72 wickets in 12 matches to finish as the highest wicket-taker in the world for the second consecutive year.