Miller was given two lives — a dropped catch in the deep and then was bowled off a no ball off Yuzvendra Chahal. 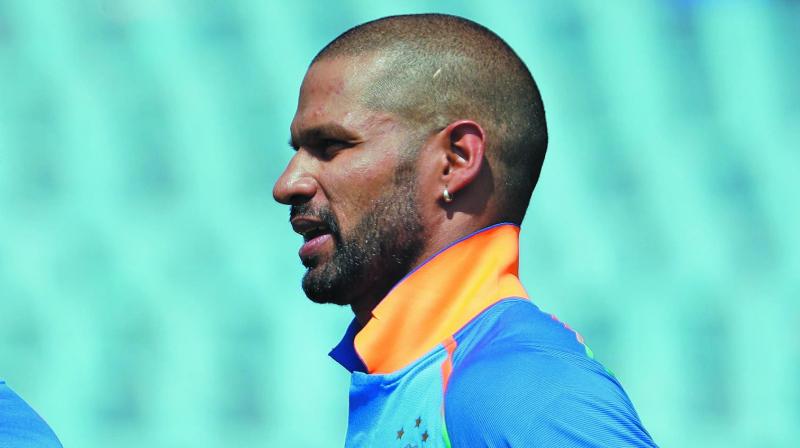 The stunning turnaround in the rain and lightning-struck ODI here, meant South Africa maintained their unbeaten record in pink and keep alive the six-match series by reducing the margin to 3-1.

Miller was given two lives — a dropped catch in the deep and then was bowled off a no ball off Yuzvendra Chahal. He was on six and seven not out respectively, and then went on to make 39 off 28 balls.

“The main reason was, of course, the dropped catch and then a wicket off no-ball. From there the momentum changed. Otherwise we were in very good position,” Dhawan said at the post match press conference late last night.

“Of course rain had an impact too. Our spinners couldn’t turn the ball or grip the ball the way they did in the last three matches. It makes a difference when the ball gets wet. That’s the reason,” added the left-hander.

Considerable amount of time, to be precise 53 minutes, were lost during India’s innings as rain first stopped play when the visitors were placed at 200/2. Although no overs were cut, India lost the momentum and only finished at 289/7.

Later another rain break meant 113 minutes were lost during South Africa’s innings and the match was reduced to 28 overs with 202 being set as the revised target.

“We took the decision to bat first because in the evening the ball moves here. There’s also the effect of the breeze and it can have an impact,” said Dhawan, who scored a century in his 100th ODI on Saturday.

“Of course, we were batting in a flow when the rain came and our flow was broken. After that I got out. Then the runs didn’t come at the same pace. But that doesn’t mean the total was bad. But once it rained again, the outfield became wet.”

Dhawan said Miller grabbed the lives with both hands and changed the complexion of the game.

“Miller also played very well. Luck was on his side. First he was dropped and then got bowled off a no ball. Usually our spinners don’t bowl no balls. He took that chance with both hands and went on to change the momentum of the game,” he said.

But the main talking point of the day was wrist-spinners Kuldeep Yadav and Yuzvendra Chahal’s below-par perform-ances.

But Dhawan came in support of the young spinners, saying, “See they are young guys. They have been doing very well, more than well for us. These two spinners have won three games for us. My support is always with them,” he said.