Opener Beth Mooney top-scored for the hosts with an aggressive 71 off 54 balls, hitting nine boundaries 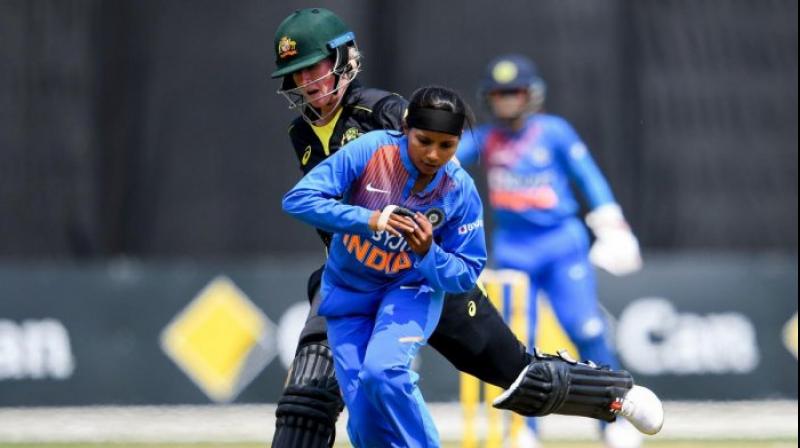 Left-arm spinner Jess Jonassen was the star of the show with brilliant figures of 5/12 in four overs.

Opting to bat, Australia managed to post 155 for six in their stipulated 20 overs. Chasing a challenging target, Mandhana was up to the task at hand and smashed 12 boundaries in her knock at the Junction Oval.

However, Mandhana's dismissal in the 15th over, caught brilliantly by Nicola Carey in the deep mid-wicket, turned the match in Australia's favour as they put the brakes on India's scoring while at the same time taking wickets.

It was the departure of skipper Harmanpreet Kaur, in the 16th over, which dashed India's hopes of a victory.

Earlier, India's Rajeshwari Gayakwad leaked 19 runs in the last over to let Australia off the hook and post a challenging total on the board.

Opener Beth Mooney top-scored for the hosts with an aggressive 71 off 54 balls, hitting nine boundaries.