I am delighted to see how Bhuvneshwar Kumar has returned to form: Kapil 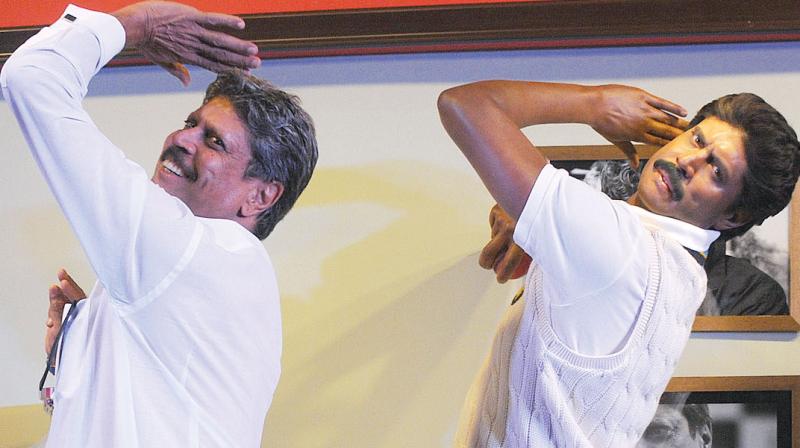 Kumar, with 23 dismissals for Sunrisers Hyderabad, is presently in pole position in the Purple Cap race to become the glamorous domestic T20 league’s highest wicket-taker. Bumrah enhanced his growing reputation as a death over specialist in Mumbai Indians’ Super Over win over Gujarat Lions, taking over the slog over bowling duty from Sri Lanka’s Lasith Malinga.

“I am delighted to see how Bhuvneshwar Kumar has returned to form. He is bowling so well,” Kapil said at an event organised to unveil his wax statue.

“And also Bumrah, hats off to him. When he started playing for the national team, we thought can he withstand the pressure? Considering his awkward action and attention that he received while playing for the country at a young age, he has certainly done well.”

He was forthright in his praise for Kumar and Bumrah, but refrained from naming any emerging young pacer who has caught his attention in the ongoing IPL.

“The young boys are looking very good. It’s unfair to pick anyone in particular,” was his cautious response.

He also artfully dodged queries on the rationale behind Mohammad Shami’s inclusion in the squad after a prolonged spell away due to injury.

“The selectors have done their job. It’s unfair for me to question their judgement. My individual opinion may vary. But selectors think collectively about the team’s overall balance rather than individuals.”

He said India are well positioned for their title defence but should focus on fulfilling their potential collectively, which is why he isn’t willing to read much into skipper Virat Kohli’s patchy form in the IPL.

“I find no reason why India cannot. They have capability. It now depends on how players apply themselves in matches,” the 1983 World Cup winning team’s captain said.

“Kohli is an important member of the team and he knows how to play and when to play.”

India’s recent form makes them the more fancied team in the tournament’s marquee clash against Pakistan clash on June 4 but Kapil said that doesn’t guarantee them a positive outcome, also suggesting to keep a keen eye on hosts England.

He admitted India may find it hard to get hold of another “Kapil”, but the country do have potent all-rounders, identifying impact players M.S. Dhoni and R. Ashwin as ideal to fit in the role.