The money-spinning IPL, the world's most popular domestic cricket league, has been plagued by controversies since its inception in 2008. 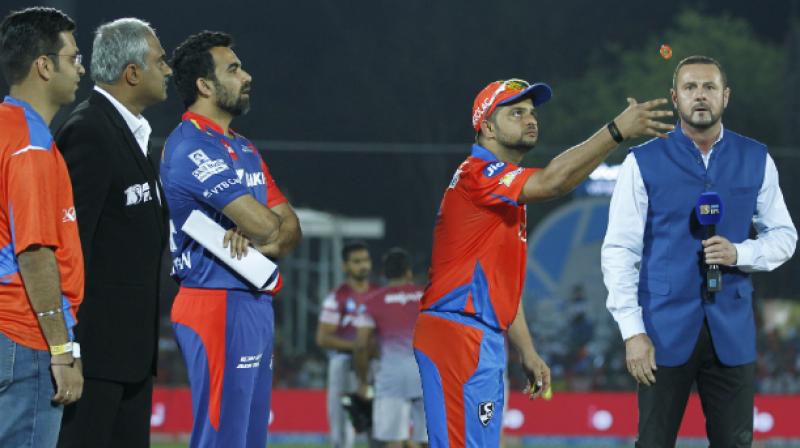 The trio were arrested Thursday at a hotel where the Gujarat Lions and Delhi Daredevils teams were staying after their match in Kanpur on Wednesday. (Photo: BCCI)

The trio were arrested Thursday at a hotel where the Gujarat Lions and Delhi Daredevils teams were staying after their match in the northern city of Kanpur.

India's cricket board said the arrests led police to "foil the alleged betting attempts of the accused".

Nearly all gambling is illegal in India but is a huge underground industry.

The money-spinning IPL, the world's most popular domestic cricket league, has been plagued by controversies since its inception in 2008. Corruption and match-fixing have often taken centre-stage.

A spot-fixing scandal in 2013 led to the Chennai Super Kings and Rajasthan Royals being suspended in 2015 for two seasons.

"The Anti-Corruption Unit of the Board of Control for Cricket in India (BCCI) has been tracking activities of certain individuals, as a result of which three suspects were arrested in Kanpur on Thursday," the board said in a statement.

"Following this operation, the Uttar Pradesh Police Crime Branch could successfully foil the alleged betting attempts of the accused."

The 2013 scandal saw Shanthakumaran Sreesanth, a Rajasthan Royals bowler, being banned for life along with team-mates Ankit Chavan and Ajit Chandila for involvement in the spot-fixing and betting scandal.

They were arrested in 2013 along with scores of bookies as part of a probe into allegations that players had underperformed in return for cash from bookmakers.

Criminal charges were later dropped but the players were banned for breaching the BCCI's code of conduct.

On Friday, the Hindustan Times said one of the arrested men had allegedly disclosed the names of two Gujarat Lions players and said he had been in touch with them.

It was reported that one suspect was part of the IPL logistics team and had shared pitch information with the other two.

Delhi Daredevils won the match by two wickets on Wednesday, surpassing Lions' 195-5 in the first game held at Kanpur's Green stadium this season.

The two sides have already been knocked out of contention for the IPL playoffs.