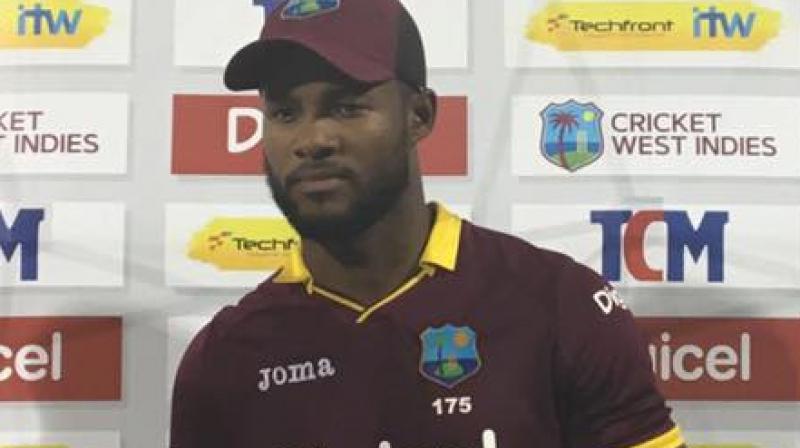 St. Lucia: The West Indies bowler came out with a stupendous performance to help their side beat Afghanistan by four wickets in the second ODI to level the three-match series here at the Darren Sammy National Cricket Stadium, Gros Islet, St Lucia on Sunday.

Chasing a lowly target of 136, the hosts suffered a mini collapse before Man of the Match Shai Hope scored a patient unbeaten 48 to stave off the threat of Afghan leg-spinner Rashid Khan and take the home side across the finish line with more than 10 overs to spare.

Earlier, choosing to bat again on the same pitch used for the first match two days earlier, Afghanistan struggled against the extra pace and bounce of the West Indies' bowlers, making just 135 off 37.3 overs.

Apart from Gulbadin Naib, who was the top scorer with 51, none of the Afghan batsmen offered any meaningful resistance.

Naib's 73-ball inning, which included two sixes and two fours, saved his side from complete humiliation after they were 51 for six when he came to the crease.

The hosts also did not come out with a great batting performance and struggled against Rashid Khan.

After his match-winning haul of 7 for 18 in the 63-run win for Afghanistan in the first ODI, the 18-year-old leg-spinner was again the most potent threat with 3 for 26 from his 10 overs.

Apart from him, Naib also chipped in with two wickets. However, the scarcity of runs did not allow the minnows to win the series in the second match itself. The two teams will now lock horns in the series decider on Wednesday.