Australia chased down the target of 227 with 29 balls to spare. 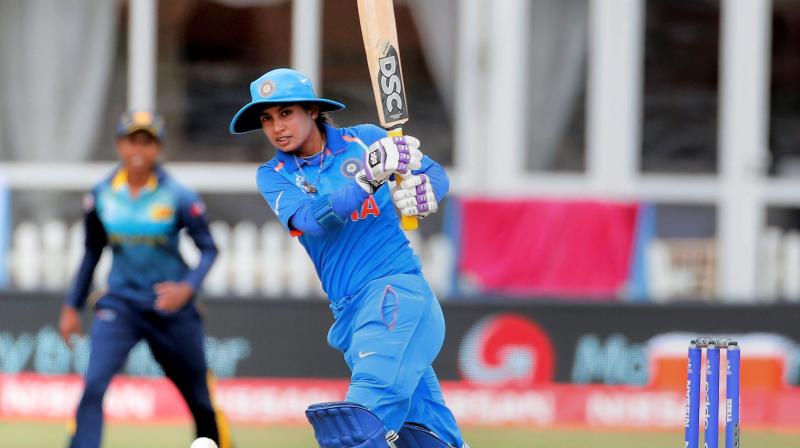 Put into bat, opener Punam Raut's fighting century and a 69 from record-breaking skipper Mithali Raj enabled India to post a decent 226 for seven in their sixth group league encounter. However, Australia overhauled the target with 29 balls to spare, scoring 227 for two, courtesy some fantastic batting display by skipper Meg Lanning (76 not out) and Ellyse Perry (60 not out).

Once they were dismissed, Lanning and Perry completed the task with consummate ease.

After this loss, India are now placed at the fourth spot with eight points. Mithali's team will have to win its next and final league match against New Zealand to make the knockout stage.

Mooney and Bolton made a watchful start to their innings as Indian pacers Jhulan Goswami and Deepti Sharma bowled maiden overs first up.

Mooney opened the scoring for Australia with a four at the midwicket area and Bolton followed with successive boundaries in the next over off Sharma.

The opening duo continued to play cautiously to take Australia to 34 for no loss in 10 overs.

Left-arm spinner Ekta Bisht was introduced into the attack and Bolton exploded with three back-to-back fours.

Mooney and Bolton helped Australia score 57 in the first 15 overs before the latter was sent packing by Poonam Yadav in the next over when she was caught behind after getting a bottom edge.

Mooney then blasted a couple of fours off Sharma in the next over, while new batswoman Meg Lanning too joined the party with a clean strike over Yadav's head and then hitting one over mid-off as Australia reached 82 for one.

The duo brought up the hundred in the 23rd over, but Mooney was run-out with Deepti producing a brilliant fielding at short extra-cover, as Australia slipped to 103-2.

Perry then joined Lanning and the duo resurrected the innings by taking the ones and twos and occasional boundaries to keep the scoreboard ticking. The duo brought up the 150 when Perry bisected the deep mid-wicket and long-on with a boundary in the 32nd over.

In the first ball of the 35th over, Lanning picked up a single off Goswami to complete her fifty. The duo continued to rotate the strike and crossed the 200-mark in the 41st over.

Perry, who completed her 22nd ODI fifty, cracked a straight drive off Goswami to bring up the winning runs.

The highlight of the Indian innings was Mithali surpassing former England captain Charlotte Edwards' aggregate of 5992 runs to become the highest run-getter in the history of women's ODI.

En route her 49th ODI half-century, she also became the first batswoman to reach the individual milestone of 6000 runs.

Mithali, however, was very slow off the blocks even though her innings had four boundaries and a six. She simply couldn't find the gaps as the dot balls kept on piling. The only time she tried chancing her arms was when she lofted Beans for a six to complete 6000 runs.

Once Mithali was out, Harmanpreet Kaur (23, 22 balls) tried to get to move on but after she was dismissed, the Indians couldn't accelerate in the final overs.