The incident occurred after Sri Lanka lost the five-match ODI series against Zimbabwe 3-2 at the Hambantota stadium on Monday. 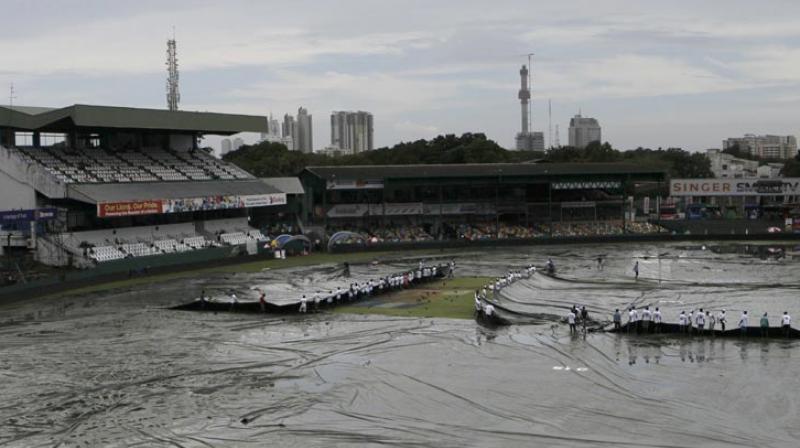 Following the incident, the Sri Lankan Cricket (SLC) said it was disturbed by the report and assured a stern action against the perpetrators.(Photo: AP)

: The Sri Lankan cricket board on Wednesday has apologised for an incident in which the ground workers at the Mahinda Rajapaksa International Cricket Stadium were told to strip off their Sri Lankan cricket uniforms before they could get paid.

The incident occurred after lost the five-match ODI series against 3-2 at the Hambantota stadium on Monday.

Following the incident, the Sri Lankan Cricket (SLC) said it was disturbed by the report and assured a stern action against the perpetrators.

"The President and the Executive Committee of Sri Lanka Cricket are perturbed by the reported incident that had occurred with the causal workers engaged as ground laborers at the Mahinda Rajapaksa International Cricket Stadium in Sooriyawewa last evening (11th)," the SLC said.

"An inquiry has been initiated into the matter and whilst stern action will be taken against those responsible, Sri Lanka Cricket wishes to apologize to those subjected to this ignominy, and will take steps to ensure they are compensated," the source added.

The ground workers were local youth working on temporary on a daily wage of Rs. 1,000 to carry out ground duties.

beat by three wickets and clinched a historic series victory in the fifth and final ODI at the Mahinda Rajapaksa International Stadium in Hambantota.

's all-rounder Sikandar Raza starred with both bat and ball to help his team registered its maiden series win in , and first overseas triumph in eight years.