'Should look to build partnerships in the middle': Windies coach Floyd Reifer 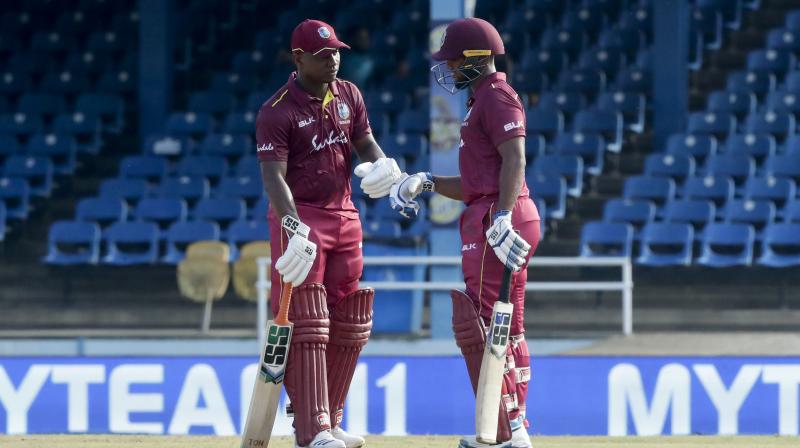 Chasing 270 in 46 overs, West Indies were in a good position at 179/4, but successive wickets of Nicholas Pooran and Roston Chase derailed the chase, and in the end, the side lost the match by 59 runs. (Photo:AP)

Trinidad and Tobago: After suffering a 59-run loss against India owing to Duckworth-Lewis in the second ODI of the three-match series, West Indies coach Floyd Reifer said the team will need to learn from the experience, adding that the middle-order batsmen need to show "a little more fight and grit."

"300 games is a great achievement. Congratulations to him, it is great to see him achieve this landmark. He went past Brian Lara today to become the highest run-getter for Windies, so it is great," he said.

Gayle went past former Windies batsman Brian Lara to become the highest run-getter for the team in the 50-over format.

West Indies had restricted India to 279/7 in the allotted fifty overs. It was majorly due to the partnership of skipper Virat Kohli and Shreyas Iyer that India managed to go past the 270-run mark.

To restrict India to 279, Reifer said, was a "great effort."

"The bowlers bowled really well. To restrict India to 279/7 was a great effort. The bowlers displayed great line and length. All the bowlers chipped in and they bowled well as a unit. We can improve, but I think all the bowlers had a good day," he said.

Chasing 270 in 46 overs, West Indies were in a good position at 179/4, but successive wickets of Nicholas Pooran and Roston Chase derailed the chase, and in the end, the side lost the match by 59 runs.

The Windies coach opined that coming up with a win in the final ODI of the series would not be an uphill task.

"It would not be an uphill task. We are building our side, we need to show character. We will have a meeting later and we'll assess what we need to do. We need to build on what we have right now," Reifer said.

West Indies and India will lock horns in the final ODI of the three-match series on Wednesday in Trinidad and Tobago.