Sports   Cricket  12 Aug 2019  What works for Federer & Woods should also work for our cricketers
Sports, Cricket

What works for Federer & Woods should also work for our cricketers

The Shaw incident, for which he was slapped a retrospective ban of 8 months, has caused the BCCI a major upset. 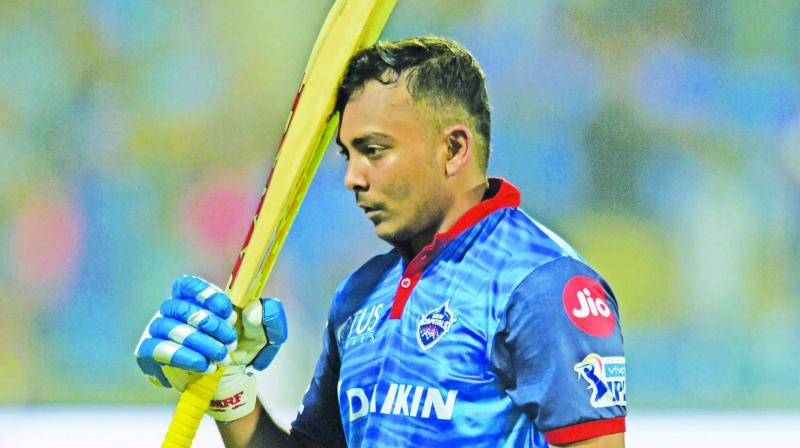 The word Terbutaline is not as scary as it sounds. Particularly when it was the reason why two Indian cricketers who consumed it were promptly banned when traces of the drug were found in their urine samples during a routine testing.

The drug, for laypersons like yours truly, belongs to the ‘beta agonists’ type of medication. It is, as commonly perceived, not a direct performance enhancer but one that helps relaxing the airways and makes breathing a lot easier. Yusuf Pathan and more recently, Prithvi Shaw were the culprits who were censured by the BCCI for consuming the drug which is part of a common cough mixture.

The Shaw incident, for which he was slapped a retrospective ban of 8 months, has caused the BCCI a major upset. The organisation was resisting coming under the purview of National Anti-Doping Agency (Nada) — a governmental organisation that implements anti-doping rules written by the World Anti Doping Agency (Wada). It is mandated to regulate dope control programmes while creating awareness of the negative effects of doping.

A recent diktat by the Sports Ministry forced BCCI to agree to be part of Nada and come under its ambit. This puts the august body that rules cricket in India on par with the National Sports Federation (NSF) that run various sports. From what one gathers, the BCCI defied becoming a signatory to the national anti dope body citing a variety of reasons.

For starters, they claimed that they were an autonomous body, which did not receive funding from the sports ministry, a fact under which they hid for many years — Nada was formed in 2005. Since it was not a NSF, they were not covered by national anti-doping protocols. Fair enough, so far. The third reason was the ‘whereabouts clause’ which makes it mandatory for cricketers to disclose their location off-season citing reasons of privacy of our superstars.

BCCI had also been raising doubts about the competency of the officials who were authorised by Nada to collect samples. To substantiate that they were also committed to work against drug abuse, BCCI had signed up with International Dope Testing Management (IDTM), a Swedish agency to collect samples and submit them for testing in an accredited laboratory. And guess where IDTM tested the samples? At the same facility that is used by Nada — the National Dope Testing Laboratory (NDTL), situated in the heart of India’s capital city, Delhi.

BCCI becoming a signatory to Nada means cricket superstars Virat Kohli, Rohit Sharma and MS Dhoni will now be on the same level as thousands of other Indian sportspersons. This clause is also applicable to sportspersons across the globe who play Wada-compliant sports that range from athletics and aquatics to tennis, golf and wrestling. I guess, what works for Roger Federer and Tiger Woods should also work for our cricketers. Right?

Cricket has moved on from being a leisurely sport which was played by gentlemen (and ladies) who swore by their club, county and national caps. It was very competitive but in an amateurish way where players played more for pride than profit. There were professionals too but they never crossed certain boundaries that were laid more on guidelines of spirit which, at times, took precedent over the rules. It has all changed now.

A few former BCCI officials questioned the decision of the current administration giving in to the demands of the sports ministry. Some have cited that the much awaited elections will happen in October this year and the present lot could have persuaded the ministry officials to defer their demand. My question to them is, what would the new committee have done? Would they have negotiated a better deal for the BCCI? Or would they continue to hide under the blanket of being an independent sports body and allowed this malaise to continue?

When a 19-year-old prodigy breaks the rule which every professional cricketer has been drilled into following, there is a big problem. One that needs to be resolved. Can BCCI continue to ignore what is happening in other sports in this country, or in the world? There is rampant doping, that has been proved, in many sports in our country that shames each one of us as news reports come out every day.

Apart from doping, age fudging is another big devil the BCCI needs to combat. Signing with a third party like Nada has addressed one evil, it is now up to BCCI to address the spectre of age fudging which has been going on for decades, on a war footing.