Dhoni has also not been included for the T20 series against South Africa. 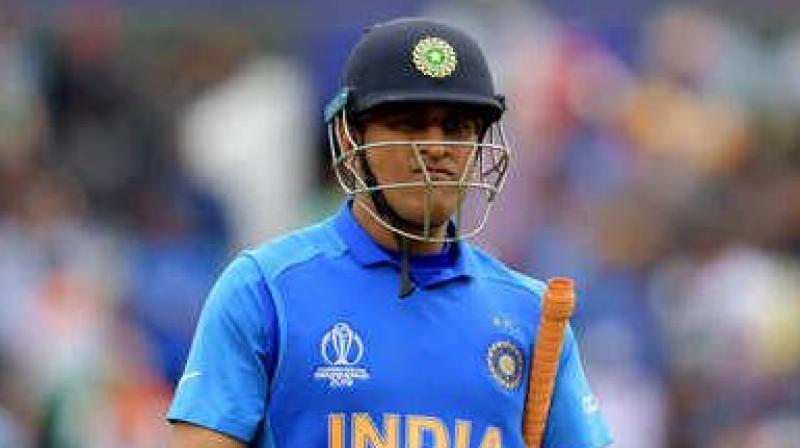 India's semi-final exit at the ICC World Cup earlier this year has led to speculations about the veteran wicket-keeper's retirement. (Photo: AFP)

Kolkata: Chess wizard Viswanathan Anand says it is totally MS Dhoni's prerogative to take a call on his retirement and the former captain has nothing left to achieve in his career, should he decides to quit anytime soon.

India's semi-final exit at the ICC World Cup earlier this year has led to speculations about the veteran wicket-keeper's retirement, but he himself has preferred to stay quiet and took a break from cricket to serve his regiment in Territorial Army.

Dhoni, who is in the middle of a two-month sabbatical which will end later this month, has also not been included for the T20 series against South Africa beginning September 15.

"He (Dhoni) knows what's the right decision for him. But I think nothing is left behind or on the table for him," Anand told PTI from Chennai.

"He has a phenomenal fan following. He had achieved everything which he had set out to achieve. He has won India two World Cups (2007 World T20 and 2011 ODI World Cup) as captain. He has been a great captain. No one can decide (when to quit) better than him.

"He is obviously in the best position to know what he wants to do. But if he quits, there's nothing left for him to achieve. He has had a remarkable career," the five-time world chess champion said.