Former Australian captain Waugh, at the helm in 57 Tests for 41 victories, said England will not be the same threat without Stokes. 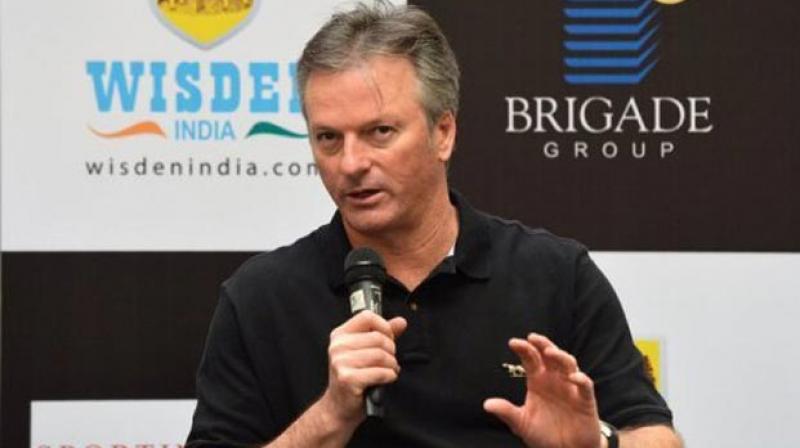 While Stokes is yet to be charged, he remains under investigation, and Waugh hit out at England's failure to immediately drop him from the Ashes squad. (Photo: AFP)

Sydney: Test great Steve Waugh says England can't win the Ashes without Ben Stokes and the bad boy all=rounder would have been dumped immediately if he was Australian.

England vice-captain Stokes was arrested last month in Britain on suspicion of causing actual bodily harm and suspended from internationals until further notice following an apparent fight outside a nightclub.

He was included in their Ashes squad but the England and Wales Cricket Board last week said he would not travel with the rest of the players when they leave on October 28.

No final decision on his involvement has been made. Former Australian captain Waugh, at the helm in 57 Tests for 41 victories, said England will not be the same threat without Stokes.

"If he doesn't come, I don't think they can win the Ashes," Waugh told Sky Sports Radio late Tuesday.

While Stokes is yet to be charged, he remains under investigation, and Waugh hit out at England's failure to immediately drop him from the Ashes squad.

"I think if it was anyone in the Australian side, they wouldn't be picked. You can't do that these days in public. It just didn't look good and it's a bad image for the game," he said.

"I think they (England selectors) are pretty keen for him to play in Australia... he's probably their best player, so it would be a real shame if he's not out here."

Stokes' absence from the five-Test tour, starting in Brisbane on November 23, would be a huge blow for Ashes holders England, who have lost two out of their past three tours Down Under 5-0.

He is an explosive middle-order batsman and a dangerous right-arm fast medium bowler, and not being in Australia will pile more pressure on the likes of the experienced Stuart Broad and Jimmy Anderson.

"It's too much pressure on Broad and Anderson, and they're getting a bit older, and I can't see them playing five Test matches straight.