To play in front of the home fans last Friday night was a great experience, says Stanlake. 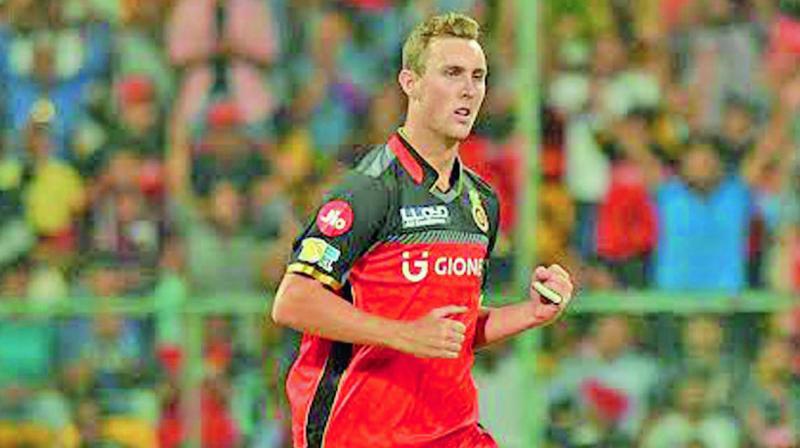 Bengaluru: It’s easy to pick up Billy Stanlake from a crowd. Standing at 6’8”, he is pretty much the tallest bloke in any room. And to say that he is a fast bowler isn’t much harder either.

“Yes, can’t be a batsman this tall,” laughs Stanlake when quizzed, presumably for the 1000th time, about his height and how it factored into becoming a bowler. “Funnily, I did keep (wickets) when I was young, but it didn’t last long,” he adds.

It’s been what can be classified as a rather typical start to the campaign for Royal Challengers Bangalore. One win, at home, in the first three games. And with two more home games coming their way in the next four days, Stanlake, who has two wickets from his two matches, is keen to put the negatives behind and look ahead.

“As a team you can’t really think about previous games and the ones that are coming up. You have to stay in the present as much as you can, and go out there and prepare well and hope for the best,” he remarked before talking about his maiden IPL campaign.

“It’s been great so far. I didn’t expect to play so soon. To play in front of the home fans last Friday night was a great experience, to see how loud they get here was incredible,” he said.

With growing rumblings about the return of the effervescent captain Virat Kohli, the Australian was quick in sidestepping from commenting one way or the other on Kohli’s imminent return.

“Probably not the right person (to ask), hopefully he’s fine because he’s one of the best in the world. He brings that extra confidence when he comes in just like AB (de Villiers) did the other night. We know we have to be better than what we have been,” he signed off.