Ravindra Jadeja’s suspension is a blessing in disguise

Ironically, the ICC ban was announced almost simultaneously with the rankings for Test all-rounders in which Jadeja had climbed to the number 1 spot. 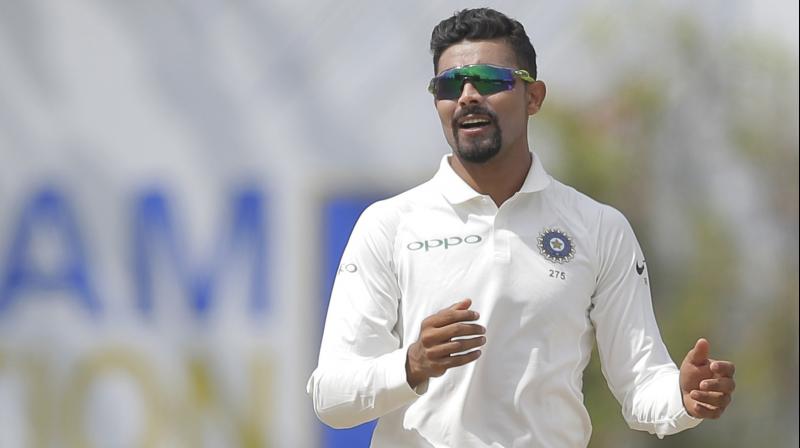 Ravindra Jadeja will obviously not see it that way, but the one-match suspension he got for breaching the ICC Code of Conduct in the second Test at Colombo may actually be of benefit for the Indian team, even if obliquely.

Jadeja will only be a spectator in the third and last Test of the current series that began on Saturday. At Colombo, he was in spanking good form with bat and ball and was named man of the match, ahead of other strong claimants Cheteshwar Pujara and R. Ashwin.

When a player is on song, the last thing he wants is miss any opportunity to play. Form and fortune in sport can be terribly fickle. When the tide will turn nobody knows. Jadeja would have been smacking his lips to have another go at the hapless Sri Lankans.

There is suddenly a plethora of quality all-rounders in the sport — reminiscent of the 1980s when Botham, Imran, Kapil Dev and Hadlee were around — and the contest between Jadeja, Sakib al-Hasan, Ashwin, Ben Stokes and Moeen Ali promises to be fascinating.

Ironically, the ICC ban was announced almost simultaneously with the rankings for Test all-rounders in which Jadeja had climbed to the number 1 spot. His dismay at being stymied from expanding his lead over all-rounders is understandable.

But Jadeja’s absence has willy-nilly forced the Indian team management to check the bench strength in the squad. This had otherwise become difficult considering the excellent form of all players in the first two Tests.

Young left-arm chinaman bowler Kuldeep Yadav, who made such a fine impact in the only Test he has played — against Australia last season — got an opportunity in the current match to showcase his talent. Yadav had impressed in the warm-up matches, but failed to make the cut.

For the earlier Tests all-rounder Hardik Pandya, who bowls medium pace, was preferred over Yadav. Ashwin and Jadeja were the team’s established spinners and their success vindicated the faith reposed in them by the team management.

Sri Lanka weren’t expected to be a very serious challenge to India (though not a cakewalk either) given their current problems with injuries, poor form and absence of high quality players. Two facile wins meant that the onus on Indian players wasn’t that great.

Moreover, when a team is doing exceptionally well, there is hardly any reason to tinker with the combination, even if the series is won. This usually means reserve players get very restricted exposure — if at all — to international competition. Some of them are even prematurely lost to Indian cricket.

Changes are possible only through injury (as happened for Shikhar Dhawan when Murali Vijay couldn’t make the tour) or an extraordinary situation, as arose with Jadeja to Yadav’s benefit now.

For India, assessing bench strength was crucial, and the earlier the better. There is the tour to South Africa later this year, a full Test series against England mid next year and a full tour of Australia before 2018 ends.

It’s an intensive and difficult itinerary over the next 20-22 months leading up to the 2019 World Cup. Given India’s dismal record overseas in recent years, these assignments are the real challenge for Kohli and Co.

It is not that home victories are insignificant or that the number 1 Test ranking is not deserved. But, as seen in the past, this status could be easily surrendered if the team flops overseas by being undercooked, or having the wrong talent.

It is important to find out not just which players are in form, but also have the ability and mental toughness to do well in difficult conditions. Dhawan (particularly) and Mukund have done that to a high degree in batting. Kuldeep Yadav has his chance now.