I want to go out on a high, says Ashish Nehra

Making his debut under Mohammad Azharuddin, Nehra went on to represent India in 17 Tests, 120 ODIs and 26 T20Is. 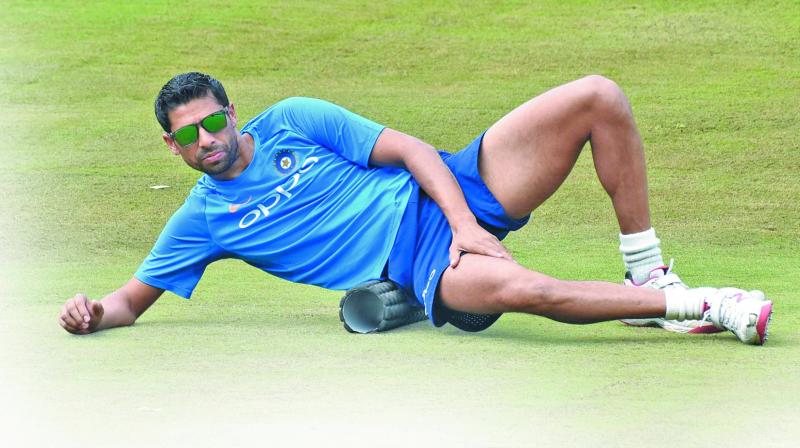 Ashish Nehra at a practice session ahead of the third T20 against Australia at Rajiv Gandhi International Cricket Stadium in Hyderabad. (Photo: P. Surendra)

Hyderabad: Veteran fast bowler Ashish Nehra confirmed on Thursday that he would bring down curtains on his 18-year-old injury-ridden international career with India’s Twenty20 match against New Zealand scheduled to be played in Delhi on November 1.

“I have spoken to the team management as well the chairman of selection committee. The game against New Zealand is in Delhi so it can’t get bigger than retiring in front of your home fans where I played my first Ranji Trophy game 20 years ago,” said the 38-year-old on the eve of the T20 series decider against Australia here.

“I always wanted to retire on a high. I feel this is the right time and my decision has been welcomed,” Nehra said adding: “It’s always good to retire when people are asking ‘why’ rather than ‘why not’?”

Nehra appeared a bit upset about not finding a place in the playing XI. “When I came into this series, I had come prepared to bowl. I spoke to the captain and coach about my plans because whenever Ashish Nehra is in the side he plays in the XI, he doesn’t sit out,” he said.

The Delhi pacer who last played in IPL-10 for Sunrisers Hyderabad also confirmed that he will not be playing in the cash-rich league but is open to take up mentoring tasks. “I have not decided about it but all those options of coaching and mentoring are open. At the moment I have made my plans till the first T20 against New Zealand,” the left-arm speedster said.

Asked to name the best captain he has played under, Nehra simply said: “I have played under so many and all of them had their different styles. It’s difficult for me to pick any particular one.”

On playing against the current young Australian side as compared to the likes of a star-studded ‘Men in Yellow’ with the likes of Adam Gilchrist, Ricky Ponting, he said, “Every team goes through transition. This team has some young talented players and 18 months down the line this side will get to heights better than what they are at the moment.”

Making his debut under Mohammad Azharuddin, Nehra went on to represent India in 17 Tests, 120 ODIs and 26 T20Is.

In his prolonged journey, the veteran picked 157 ODI wickets for the country. His best spell came against a Naseer Hussain-led English side in the 2003 World Cup where he picked 6/23 to fashion India’s victory despite dealing with illness.

On a query whether he would reconsider his decision to retire, Nehraji came up with “Never say Never - I am that sort of player but on this (retirement), once I have decided, there is no going back.”