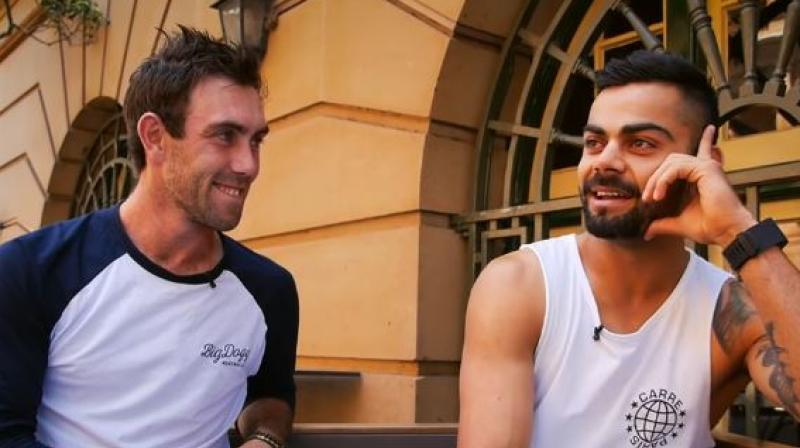 Virat Kohli has full support for Glenn Maxwell, who recently decided to take a break from cricket to deal with his mental health issues. (Photo: Screengrab/ YouTube)

Indore: India skipper Virat Kohli has full support for Glenn Maxwell, who recently decided to take a break from cricket to deal with his mental health issues, saying that the Australian has set a right example for all the cricketers and called his confession remarkable.

"I think what Glenn has done is remarkable and he has set a right example for the cricketers all around the world that if you are not in the best frame of mind, you try, try and try but as human beings, you reach at a point when you need time away from the game," Kohli said in the pre-match press conference here on Wednesday.

Kohli then recalled his own struggles saying that it felt like 'it was the end of the world'.

"To be very honest, everyone is focused on what they need to do. It is difficult for anyone to figure out what is going around in another person's mind. I have gone through a phase in my career where I felt like it was the end of the world. In England 2014, I did not know what to do and what to say to anyone and how to speak and how to communicate," he said.

"I could not have said I am not feeling great mentally and I need to get away from the game because you never know how it is taken. So, I think these things should be of great importance because if you think that a player is important enough for the team or Indian cricket to go forward. I think they should be looked after," he added.

Kohli further stated that such disclosures do not mean that a player gave up but it is only to gain more clarity.

"Not like you give up but just to gain more clarity. In my opinion, it is quite acceptable and a nice thing to do. I think these things should be respected and not taken in a negative way at all because it is nothing to do with what you do on the field, it is just not having the capacity anymore to deal with things which I think can happen to any person," Kohli said.