Many people felt that 10 months is a pretty short period of time for a person with Sourav Ganguly's calibre. 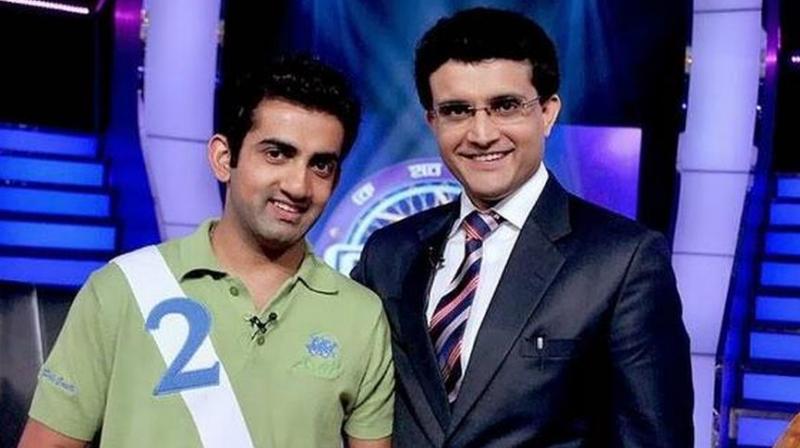 Mumbai: Sourav Ganguly was elected as BCCI’s president recently for a period of 10 months. Many people felt that 10 months is a pretty short period of time for a person with his calibre. The latest among them is cricketer-turned-politician Gautam Gambhir.

In a column for The Times of India, Gambhir stressed the need for people like Ganguly in Indian cricket. He wrote, “Personally speaking, I am not a big fan of the cooling-off period for office-bearers. I have said this before and I will say it again that Indian cricket needs individuals like Sourav Ganguly. They not only have minds of their own but they also have vision and ability to lead inclusive growth. Besides, he knows his weaknesses better than his strengths and knows how to work on them. It will be a shame if Dada has to leave after 10 months. At the same time, I am not suggesting to undo the fantastic work done by Lodha Committee.”

Gambhir also stated that he doesn’t want to any conflict to emerge as BCCI is looking for ways to extend tenures of recently elected BCCI officials. He added, “There is a lot of talk about ways and means being discussed to extend the tenure of newly-elected BCCI office-bearers. The agenda circulated for the December 1 AGM of the board clearly suggests that we haven’t heard the last on this matter. The voice from the Lodha camp is that this will be “ridiculing Supreme Court”. This is understandable considering the efforts that the RM Lodha Committee had put in to suggest reforms for the BCCI constitution. I hope we are not heading for another episode of courtroom deliberations.”

Next month, the BCCI is set to have their Annual General Meeting (AGM) in order to make a few changes to a few clauses. But, the secretary of the Lodha panel that helped draft BCCI’s new statute voiced his opinion and said that if any changes are made to the clauses, then, it would be ‘ridiculing’ the Supreme Court.