AB De Villiers reveals why he chose to retire

De Villiers announced his retirement from the international format on May 23, 2018. 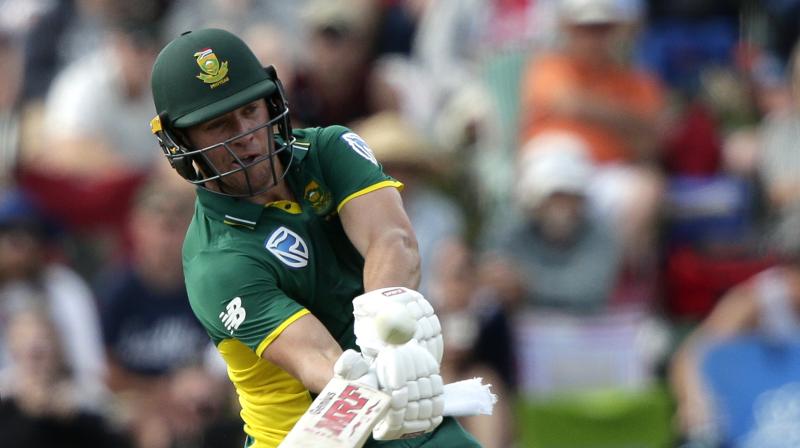 His comments came soon after he played a knock of 59 not out to take his team over the line by eight wickets in their match against Kings XI Punjab at PCA Stadium in Mohali on Saturday. (Photo: AP)

His comments came soon after he played a knock of 59 not out to take his team over the line by eight wickets in their match against Kings XI Punjab at PCA Stadium in Mohali on Saturday.

"That is (being sharp) exactly the reason why I decided not to play international cricket, it's to be as sharp as I can in other forms of the game around the world. I cannot keep playing 10-11 months a year and keep being sharp after 15 years of international cricket. This kind of tournament, I am playing every now and then, every 2-3 months," de Villiers said at the post-match ceremony

"It really keeps me energetic. I get to work with university guys back home. With some of the local guys and local youngsters, which really gives me the energy and really motivates me to be better for some of the youngsters back home and be an example for them," he added.

De Villiers announced his retirement from the international format on May 23, 2018.

The 35-year-old has shown good form in this year's edition of the IPL, but the player was not able to convert his starts to huge scores in the opening few matches. He believes that he respects the game too much to be worried about him getting out.

"I have got too much respect for the game to be upset about that, obviously I want to be there at the end every time, winning games for the team. I have hit the ball well, I have got in many times, and I just haven't gotten far on a few occasions," de Villiers said.

"But as I said, I have got too much respect for the game of cricket to get ahead of myself and get too hard on myself. You're always just one knock away of from being in that confidence zone and hopefully I'll maintain this kind of form throughout the tournament now," he added.

With this win, RCB opened their points tally and now they will have the services of Dale Steyn, South African fast-bowler to bolster their bowling as they acquired him as a replacement for injured Nathan Coulter-Nile, the Australian pacer. De Villiers believes that it would be fantastic to have Steyn back into the lineup.

"I think it was a fantastic move to get Dale involved, We all know what he's capable of. One thing is for sure, you'll get 200 per cent from him. He'll give his absolute best every single time he bowls for the team and it's just going to be great to have a guy of that calibre and another great human being in our team," de Villiers said.

RCB are currently languishing at the bottom of the table with just 2 points from 7 matches.

The Virat Kohli-led side will next face Mumbai Indians at Wankhede Stadium on April 15.